Generally speaking, characters are assigned three colors: red, blue, and green. The amount of damage increases or decreases depending on the colors of the attacker and defender. In principle, there is a weapon-triangle advantage in which red has the advantage against green, blue against red, and green against blue. 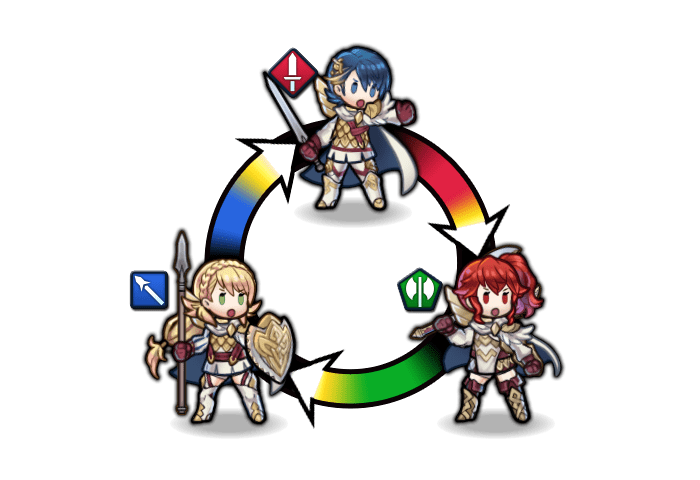 Pay Attention to the Colors

Before taking action, the most important thing is to carefully check the color assigned to each character in your party. Character attributes can be checked by looking at the color of the weapon attribute icon displayed next to the character. Make it a habit to check this icon. 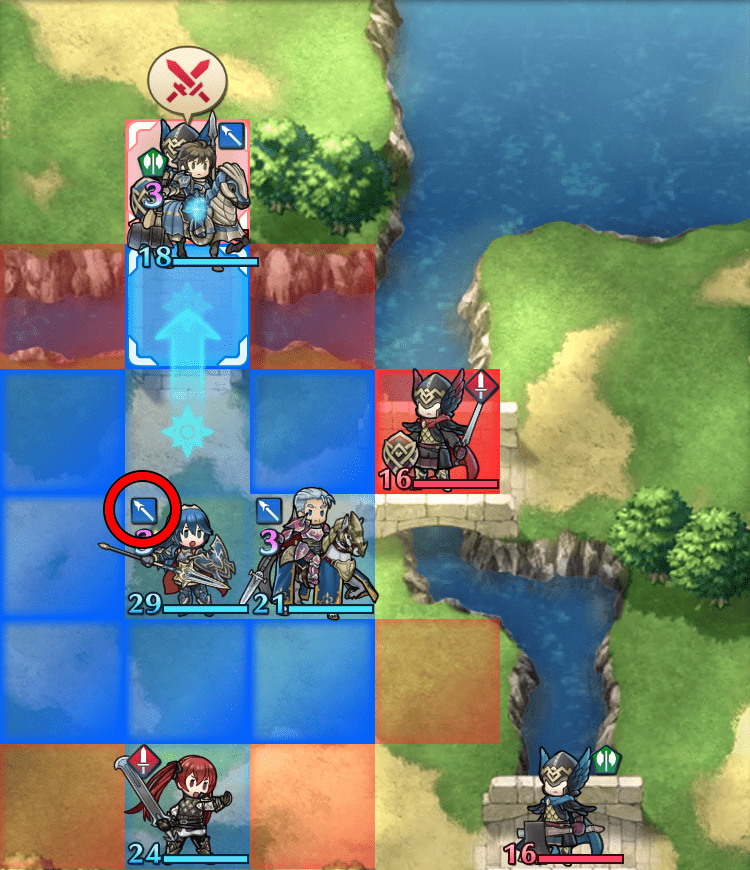 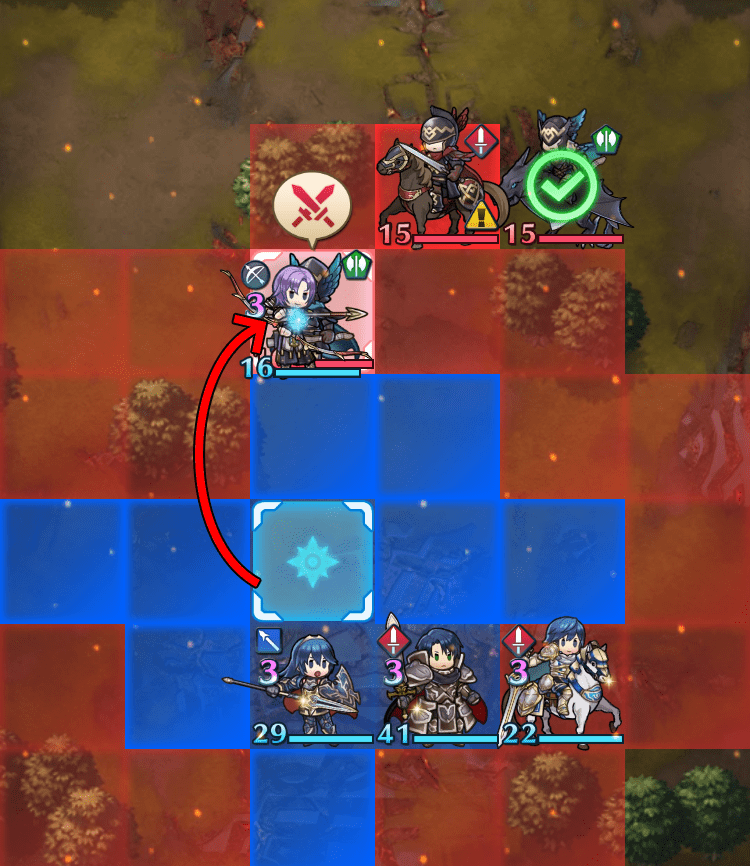