How to Use Skill Sets

Select Allies → Change Equipment → Edit/Equip Skill Sets to get started. You can configure five skill sets to equip individual allies with the skills and Sacred Seals that you want. Customize sets for each of your allies and switch between them to adapt to different situations! 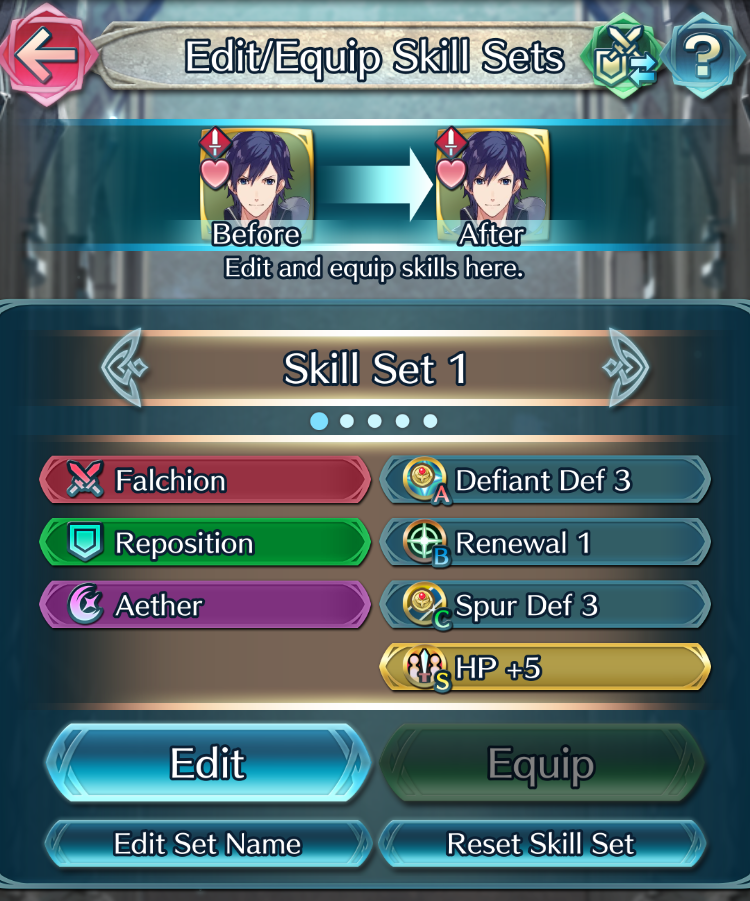 You can change the names of the skill sets. Set names are shared for all allies, so you might find it helpful to use names like “Arena”, “Conquests,” or “Trials” to make it easy to tell what different sets are for when equipping them to your allies.

In the Arena, it’s important to ensure that none of your allies are defeated, while also making sure that you secure a swift victory over your foes. Creating skill sets like the one shown below can go a long way toward helping you achieve this. 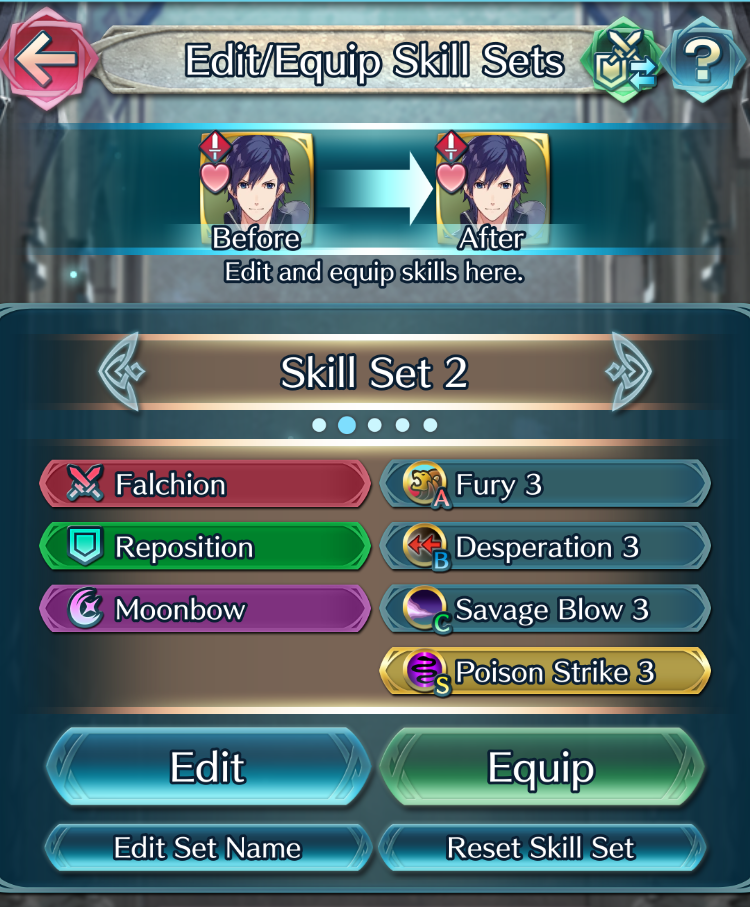 Equipping Sets to Teams or Brigades

If you want to equip skill sets to a team or brigade, select Equip Skill Sets, then Select by Team. This will allow you to equip sets to all allies in the team or brigade of your choosing. Please note, however, that if the same Sacred Seal is used in sets for multiple allies, the seal will be only equipped to the first ally in the line-up of the team or brigade who can use it. 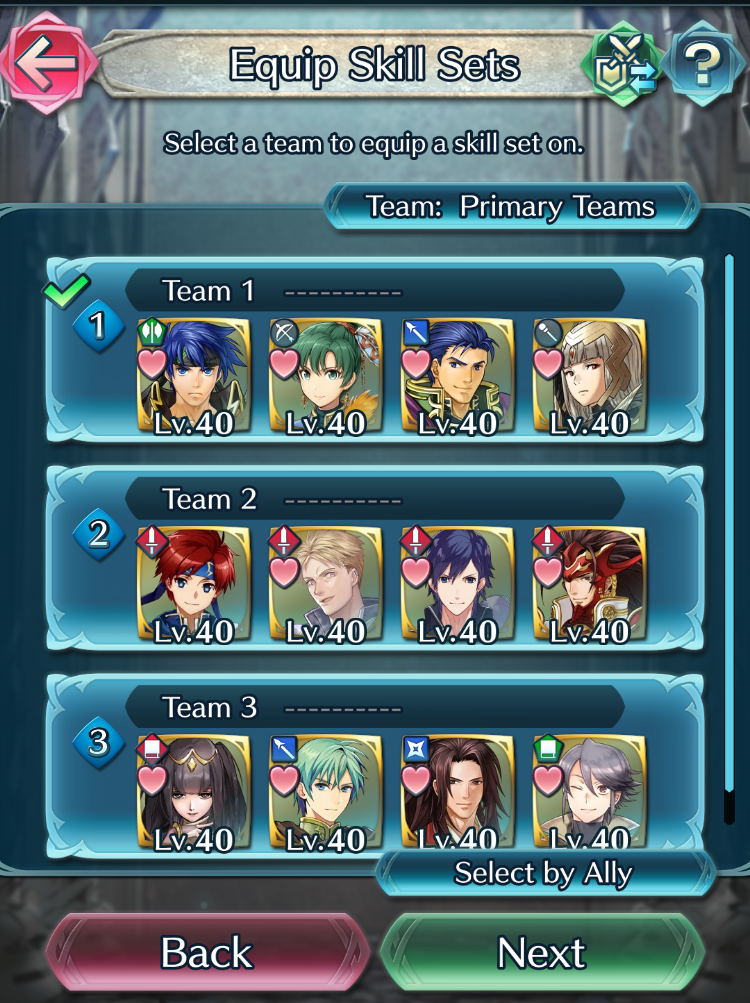