Start with the Basics!

Select Battle > Story Maps > Tactics Drills to start learning the fundamentals of combat and skills in a series of maps that require you carry out certain tasks. In the Basics section, you’ll learn about the features and types of different weapons, tips for moving advantageously, and other basic concepts and strategies in the format of a practice drill. 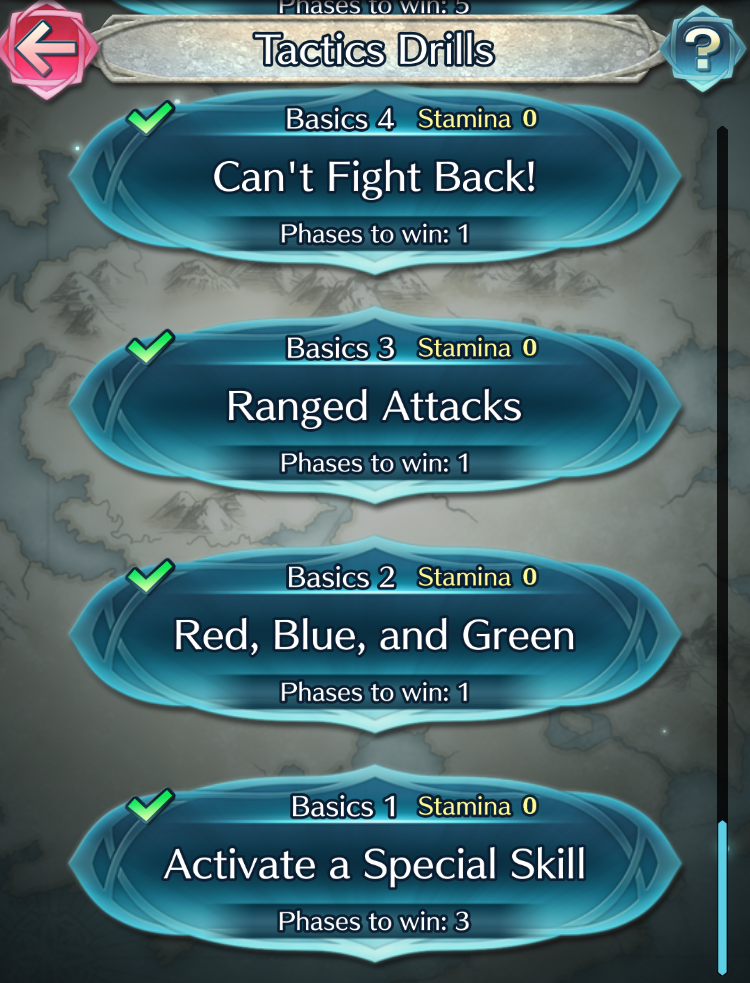 There are many skills in Fire Emblem Heroes, but Skill Studies lets you play with some of the most important of them. This includes skills like the Hone/Fortify and Ward/Goad groups of skills, as well as skills that have been added to the game more recently. The Skill Studies section is more difficult than Basics, but it’s worth trying out for the opportunity to get firsthand experience of all kinds of Heroes and skills. 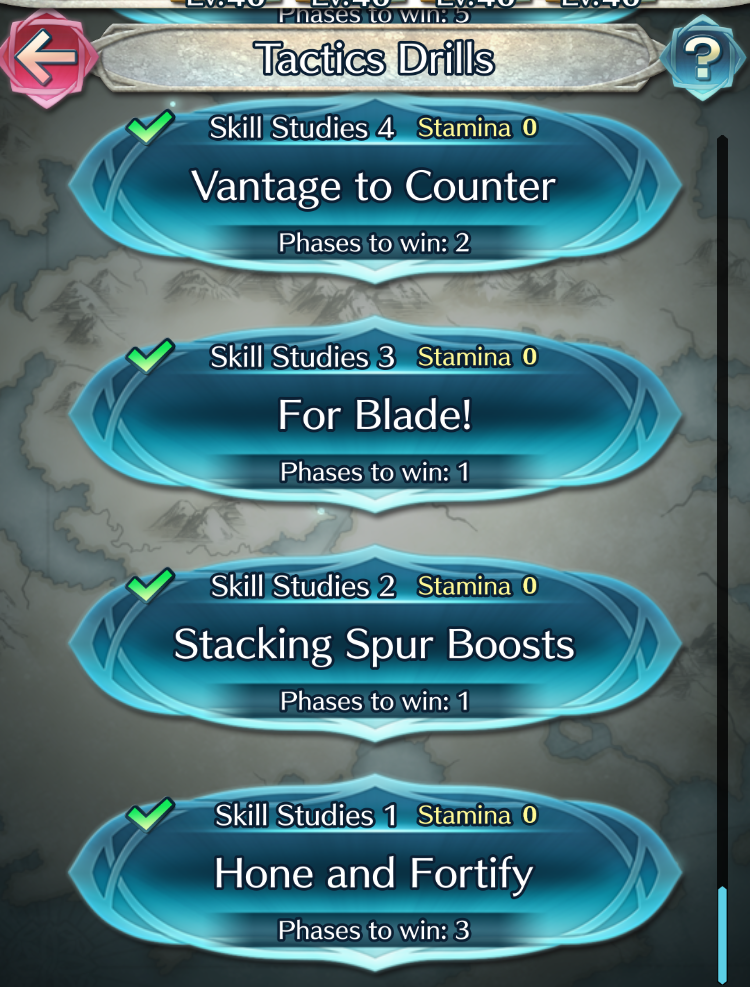 Knowledge Isn’t the Only Reward!

When you complete a Tactics Drill map, you’ll receive Orbs and Hero Feathers (first time only). Playing Tactics Drill maps doesn’t consume stamina, so there’s no disadvantage to you if you lose, either. You can hone your knowledge of tactics as much as you like!

Take on the Grandmaster Challenge!

Once you’ve completed Basics and Skill Studies, try the Grandmaster section! The Grandmaster maps are extremely hard, but once you’ve learned how to complete the challenges contained within, you’ll come away with the strategic know-how to take on high-difficulty maps in Grand Hero Battle and other modes. 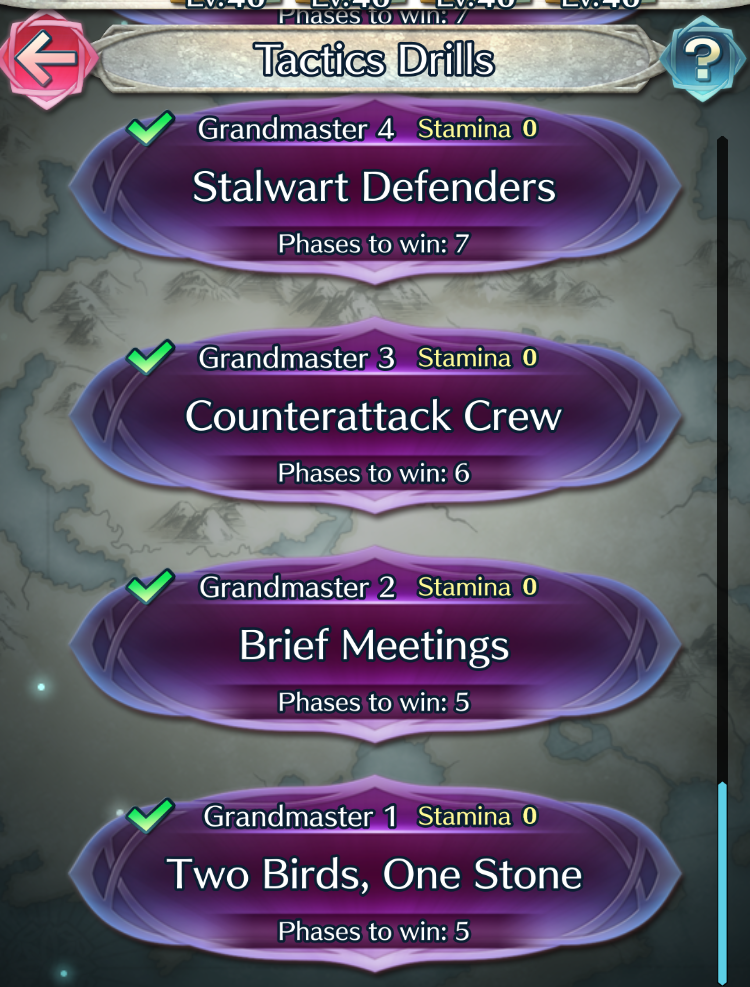