Some Sacred Seals are for specific ally types and can be particularly useful. Here’s a list of some notable examples—keep these in mind when you’re working on your Sacred Seal setup. 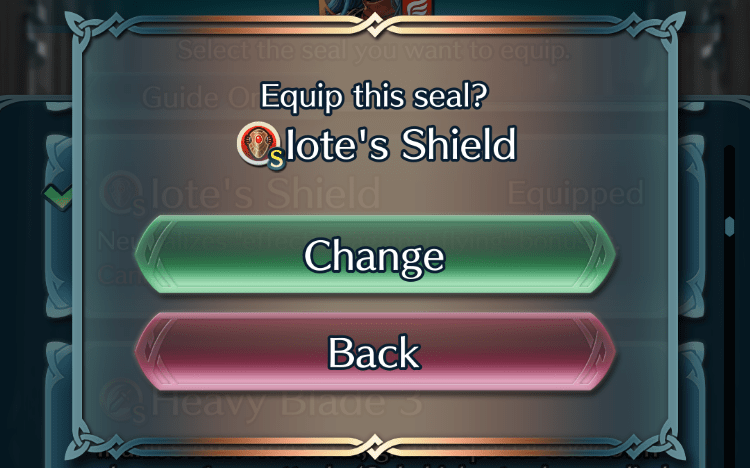 Beef Up Your Defenders

The allies you use as defenders need to be able to take a hit, which makes Close Def and Distant Def must-haves for basic defense boosts. Pick the one that best suits your team’s lineup and the kind of enemy that you need to counter the most.

Our best recommendation for flying allies is Iote’s Shield. Equipping this seal will allow a flying ally to nullify attacks from bows and other such disadvantageous weapons, thereby eliminating the ally’s greatest weakness.

Improve the Mobility of Armored Allies

Armored Boots is an extremely useful seal that’s great for shoring up the mobility of armored allies, who can only move one space per turn. Equipping this seal lets them move an additional space for as long as their HP is at 100%.