In addition to Sacred Seals for certain ally types, there are also those that can be put to broader use. These seals are extremely versatile, and generally speaking, you can equip them on any ally to your benefit. We’ve given three recommendations below. 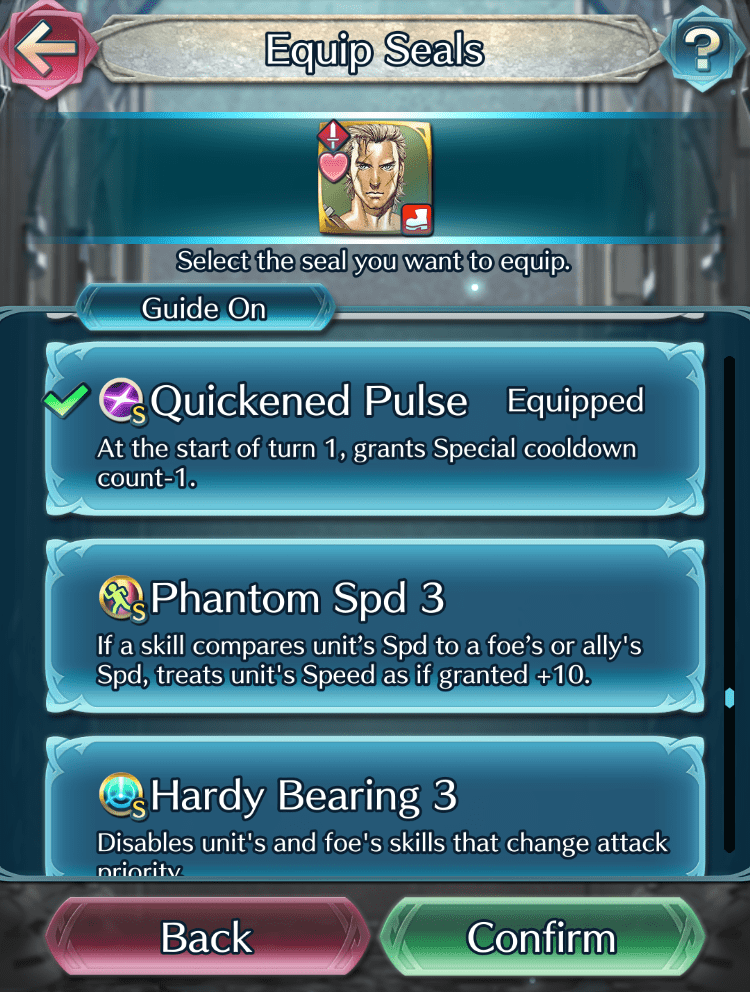 This seal gives allies within a range of two spaces an Atk boost, making it useful for boosting multiple allies at once and worth enhancing. It also works with the Drive Atk C skill, so pairing the C skill version with the Sacred Seal version can grant an even stronger boost.

This seal will reduce the cooldown of an ally’s Special at the beginning of the first turn of a map, making it extremely useful to have. It’s also a great companion to Specials with short cooldowns, like Moonbow, and weapon skills with short cooldowns, like Killing Edge. What’s more, it’ll also activate on every map in Tempest Trials and other situations where you’ll be fighting through several maps in a row.

Finally, Quick Riposte is a very useful seal that will guarantee an ally performs a follow-up attack when the ally is receiving an attack and has a certain amount of HP remaining. If you have resources to spare, it’s worth enhancing to Quick Riposte 3 to vastly improve your chances of finishing off an enemy with a counter.