To use the Weapon Refinery, you’ll need both SP and materials: Arena Medals, Divine Dew, and Refining Stones. Have a look below to see how you can get these materials. 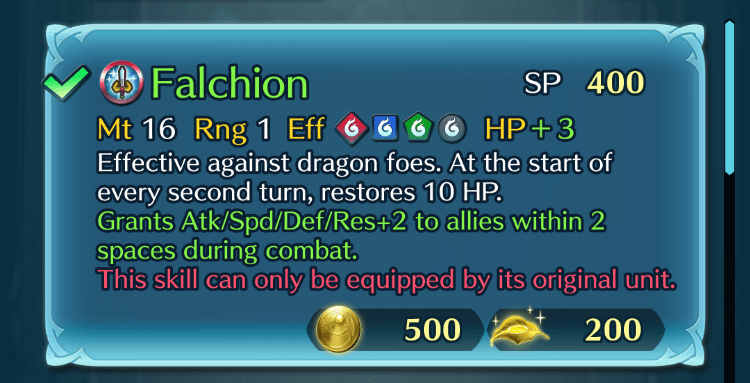 These are mainly received as a reward for winning in the Arena.

Divine Dew can be obtained when refining weapons using Refining Stones, and it can also be obtained as a reward from Blessed Gardens or Rival Domains—though earning it won’t be easy. Exclusive weapons will tend to use a lot of Divine Dew, so we recommend saving up your Divine Dew while you work on other weapons first.

Refining Stones can be obtained as rewards from events, quests, and so on, and you can also earn them depending on your results in the Arena or Arena Assault at the end of a season.