Here’s a short list of some Heroes who have weapons that are ideal candidates for refinement. Take a look! 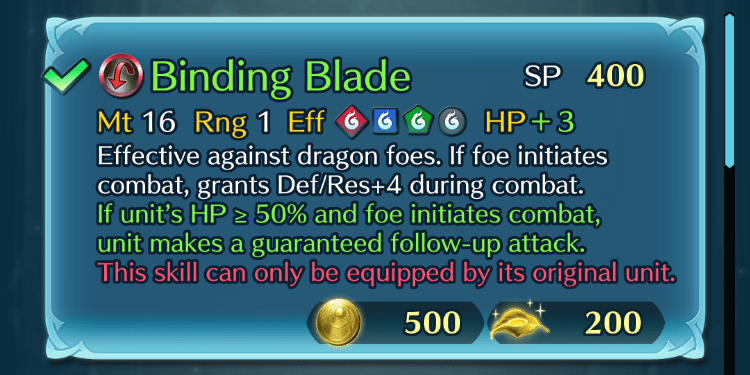 Once refined, Falchion gains the effect of “Grants Atk/Spd/Def/Res+2 to allies within 2 spaces during combat.” This can activate at the same time as Spur Spd, making it a powerful tool for buffing your allies.

Refinement can grant Binding Blade HP+3 (or HP+5 depending on refinement type), as well as making it effective against dragons. It can also gain the effect “If foe initiates combat, grants Def/Res+4 during combat,” making it a solid defensive weapon.

Giving Hauteclere the “Deals +10 damage when Special triggers” effect is a great choice when you refine the weapon. Once you do so, you can then have Minerva inherit skills like Moonbow, which increases the frequency of her Specials, to really ramp up the damage.

When you refine Gravity+, you can give it an effect that prevents the ally from receiving counters when a foe initiates combat. This in turn enhances Wrathful Staff, a skill that lets you deal damage while using a staff. Elise: Budding Flower, a cavalry Hero who also uses staves, is another good candidate for refining Gravity+.