Tempest Trials consists of a series of battles taking place over several maps. Let’s go over some efficient ways to earn points in this mode.

Every event has a set of bonus allies that will receive a boost to their stats and increase your score by 40%. Naturally, you’ll want to include these allies in your team! What’s more, there’s an additional bonus that you can receive twice per day. It will triple the score you earn and boost the stats of all your allies. 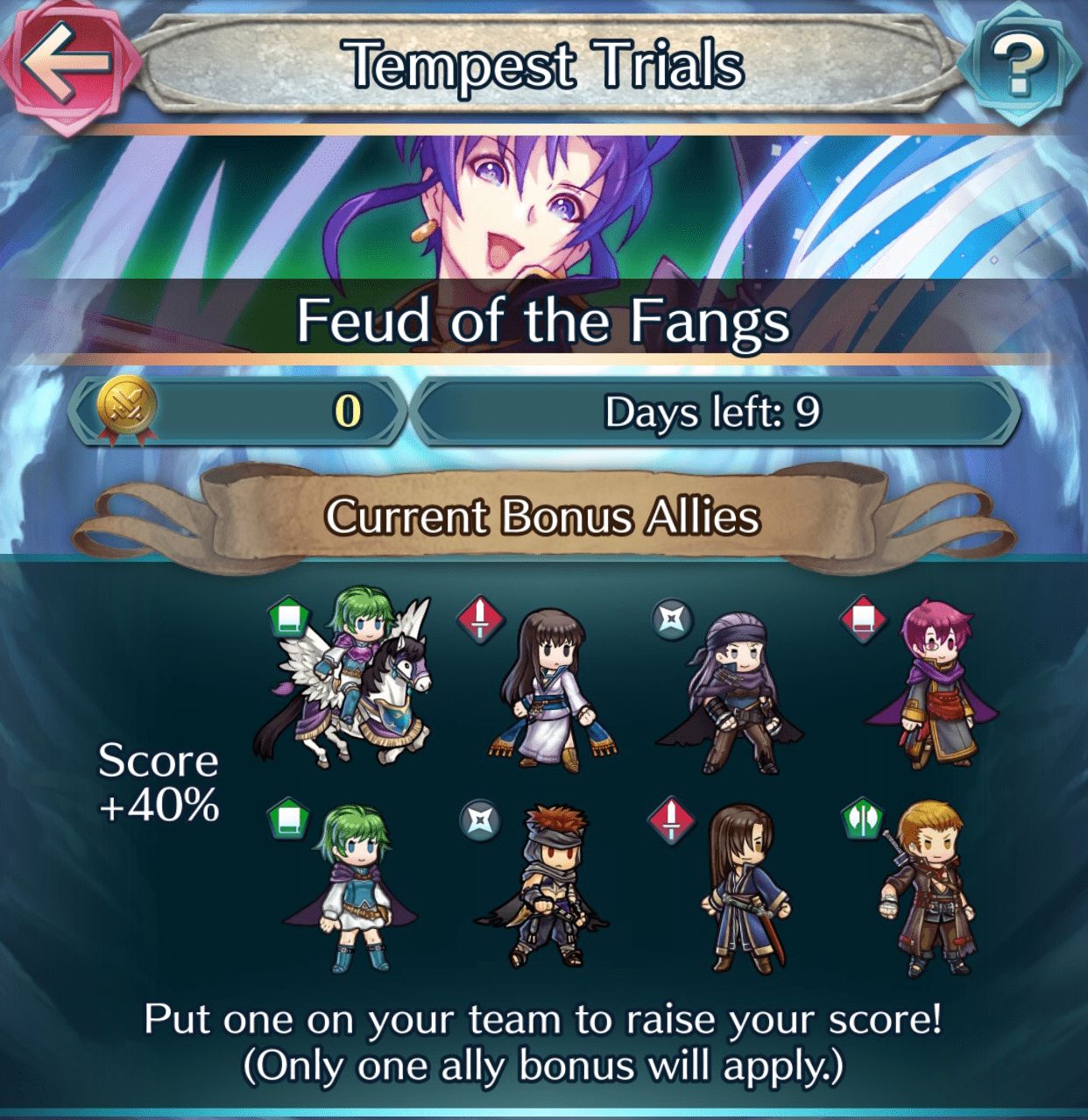 Five in a Row Is the Way to Go!

Make Sure You’re Well Prepared for the Boss!

The foes you’ll encounter are chosen randomly, but each final stage has a predetermined boss. Make your forays easier by building a team that can take the boss on effectively.