Heroes that have had a water blessing conferred can receive a Spd+3 boost if the water season is active and Fjorm: Princess of Ice is in the same team. 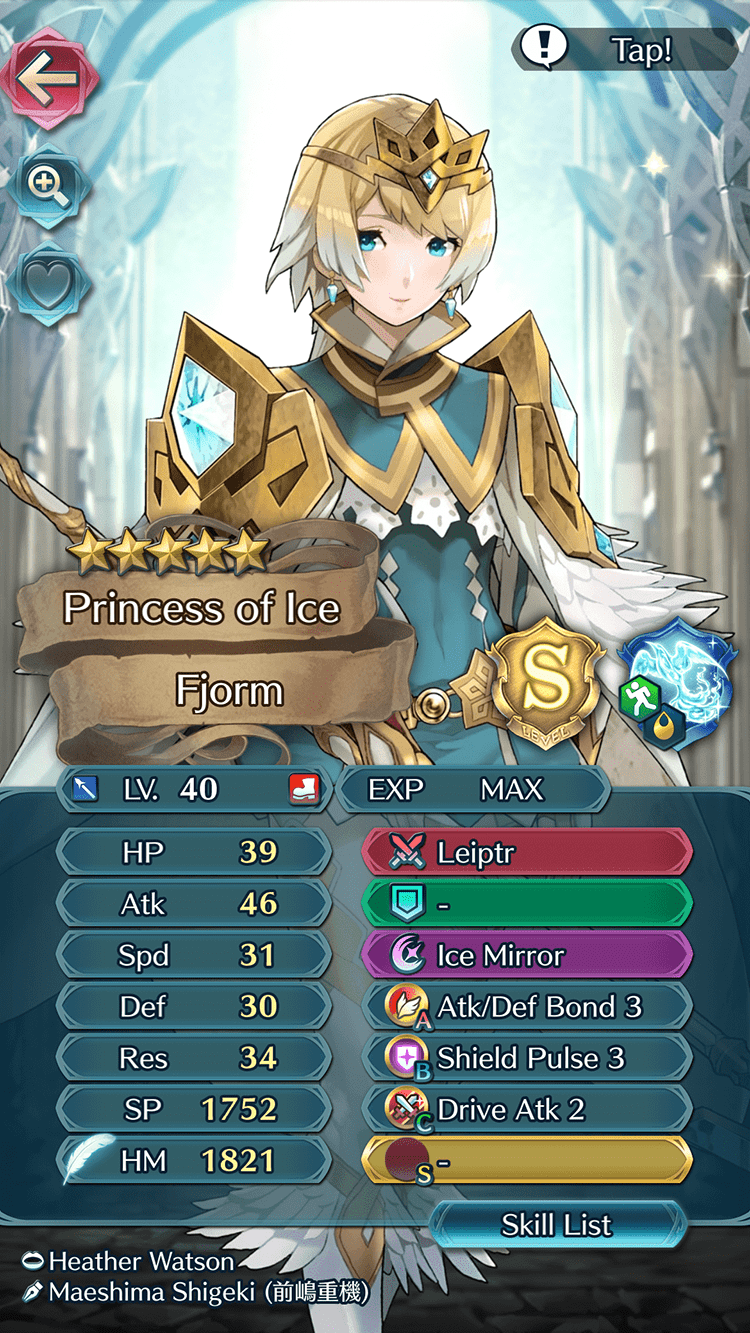 Can be obtained from a Starter Support Pack. Increasing his Spd helps to prevent enemies from initiating follow-up attacks against him.

Takumi’s Threaten Spd skill reduces the Spd of nearby enemies, giving him a significant advantage.