How to Pair Up

Select Interact with Allies from the Allies menu and then select Pair Up to start forming pairs of units. You can change who is paired with who from the same menu at any time. 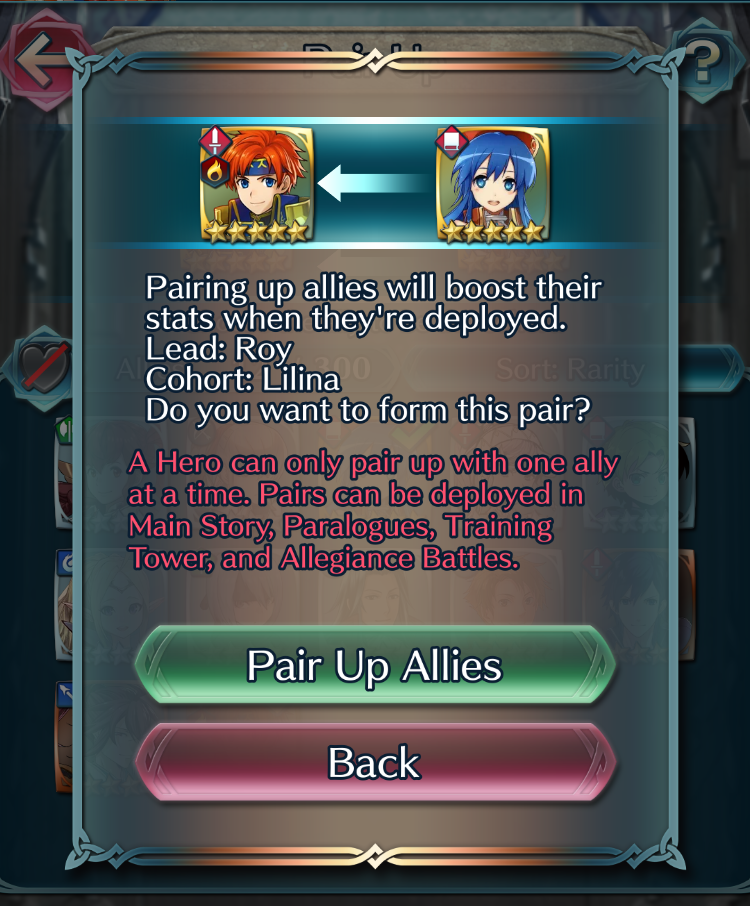 To Form a Pair

Pairs can only be used in certain places. Tap the Switch button on the map screen during your turn to change which paired ally is in the lead. 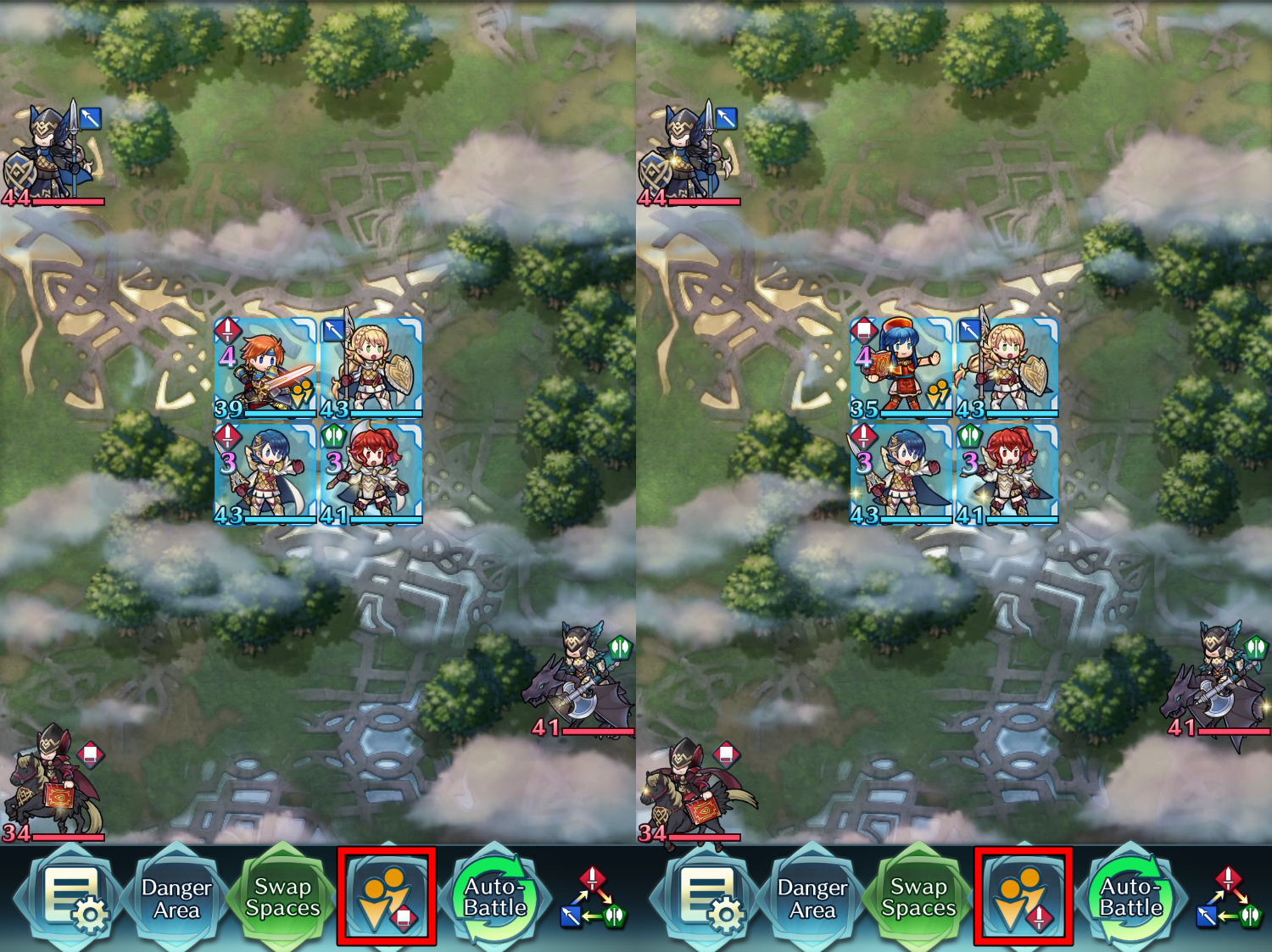 The leader of the pair will get a boost to their stats depending on the stats of the ally they’re paired with (the cohort). This is calculated as follows:

Note: Each stat increase will cap at +4, with any decimals truncated.

If either member of a pair has an Assist skill like Sing or Dance, neither of them can by targeted by these skills, regardless of which ally is leading the pair.

• The cohort cannot grant or receive Legendary Effects.
• Only the lead receives EXP, SP, and HM.
• A cohort’s Support Effects will not activate.
• If the lead is defeated, the cohort will leave the battle with them.