Turn the Tide in Your Favor Using Ally Support

Ally Support is a special effect that you can set up between two allies of your choosing. When those two allies are close to each other on the map, their stats will improve in combat.

The Support Rank of two allies who share a bond will increase as they do battle with enemies of level 35 or higher, as long as those allies are within two spaces of each other. However, if you break this bond and have them support other allies, their Support Rank will be reset.

Allies who support each other will gain different stat increases depending on their Support Rank and their distance from each other on the map.

When One Space Apart

Ideally, you should choose two allies who use weapons with different ranges. Having one ally serve as the shield for another who attacks at long range is a good strategy to aim for. Of course, it’s also fun to create Ally Support bonds between your favorite Heroes, or to create bonds in line with support relationships from the original games! 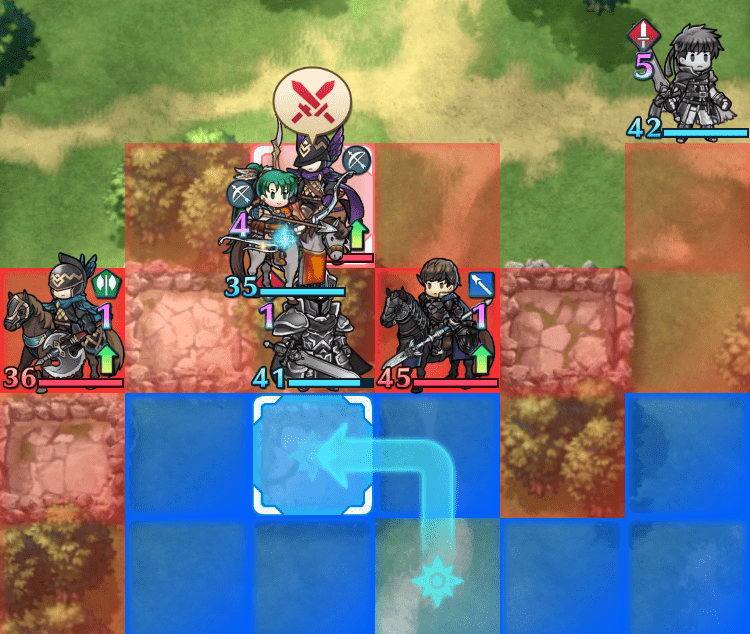