There are also certain weapon skills such as Light Breath and Cymbeline that will buff allies as a secondary effect when the unit equipped with them initiates combat. 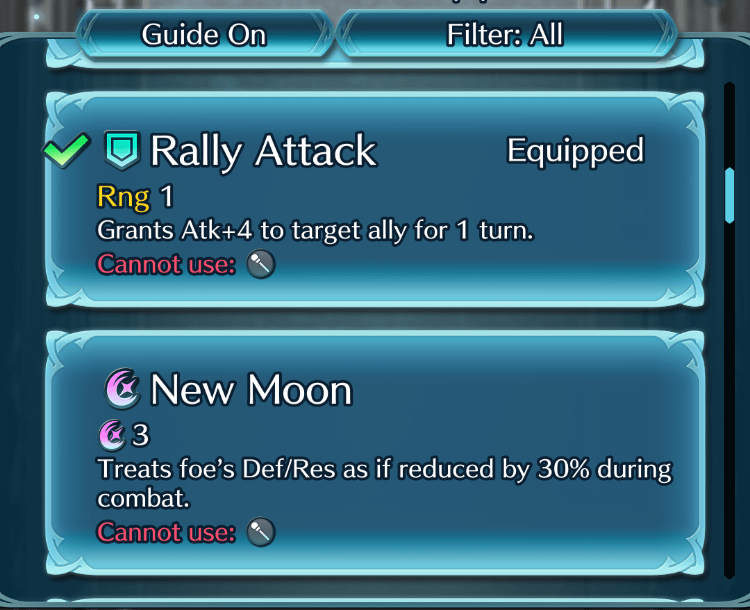 As a rule, you can’t combine buffs that activate at the start of a turn with Rally versions of the same buff. When they clash, the stronger buff will override the other. Active Rally and start-of-turn buffs will be indicated by an arrow next to the mini unit on the map.
Example: Hone/Fortify-type skills, Defiant-type skills, Rally-type skills

Situations Where Buffs Do Stack

Buffs that take effect during combat will stack, and the more allies you have with skills that grant buffs, the more you’ll benefit.
Example: Goad/Ward-type skills, Blow/Strike-type skills

Rally Atk/Spd and Rally Atk/Def will buff two stats at once, making them great choices for use as Assist Skills. For C Skills, Hone/Fortify-type skills and Tactic-type skills are also good choices, as they’ll grant a large boost to a specific stat. 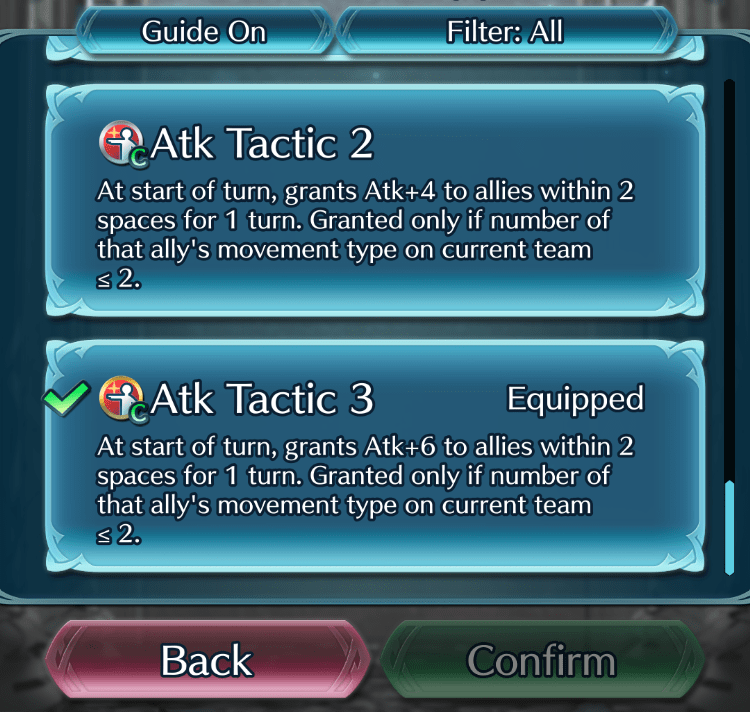