Tips for Getting Good Scores

Getting good scores is the key to rising up through the tiers of the Arena, so it’s important to be able to win battles reliably. Keep the following tips in mind as you work toward victory. 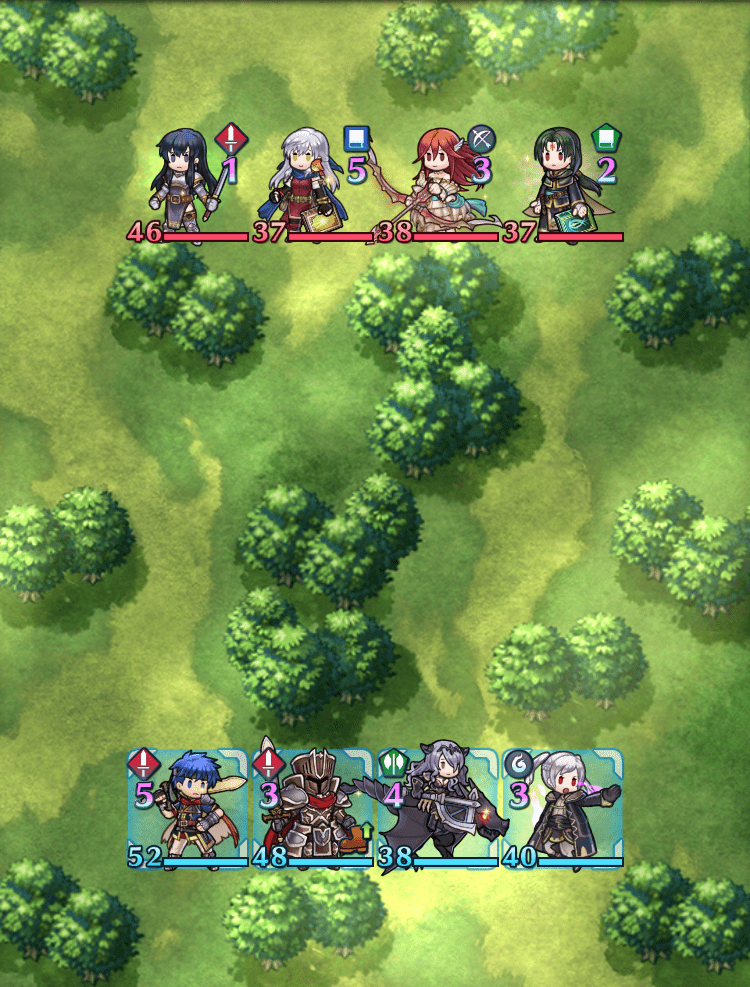 Aim for a Clean Slate

It’s important that you don’t allow any of your allies to be defeated, so try winning battles at the Easy and Intermediate difficulty levels first while you’re still at a low tier. If you’re looking to go up a tier once you’re at Tier 10 or higher, you might want to consider surrendering if any of your allies have been defeated in battle so that you can start over and get another chance at winning with a good score.

Stay Out of Your Foes’ Range

The opposing team in the Arena will start by coming toward you in full force, so you should establish your formation to meet the attack. Bring armored or dragon allies with skills like Vengeful Fighter or Distant Counter, and you’ll find the battles much easier.

The Sing and Dance skills allow Heroes to act twice and are often the prelude to a withering attack. Be ready to preemptively take down any foes who can use these skills.

Watch Out for Wings of Mercy

If any of your foes have Wings of Mercy, you’re at risk of suffering a surprise attack. Make sure to check for this skill before that happens! Some Heroes, such as Black Knight: Sinister General, Palla: Eldest Whitewing, and Frederick: Polite Knight, have this skill naturally, and it’s a common tactic to have Heroes like Olivia: Blushing Beauty or Azura: Lady of the Lake inherit the skill. Get in the habit of watching out for this one.