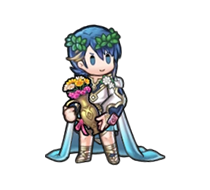 Here’s my brother Alfonse, the Prince of Askr, wearing his special Day of Devotion outfit! He’s really pulled out all the stops for this one. 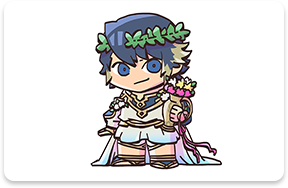 Check out that flowing cape he’s wearing—it’s long enough to reach the ground! By the way, that rose on his wrist isn’t just for decoration. It’s actually a sign that he’s taking part in the festival! 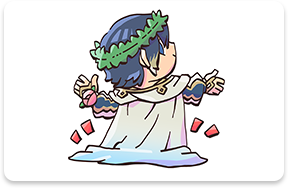 In our family, we celebrate the Day of Devotion by giving each other flowers. It looks like he’s got a whole bouquet for this year’s celebrations! 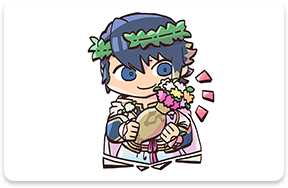 You know, I hear that Alfonse is also planning to give flowers to Líf, the swordsman from the realm of the dead. Seems like everyone’s going to get to join in the fun this year! 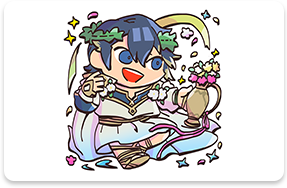 A veteran fighter who leads the Order of Heroes. Alfonse and Sharena’s commander.