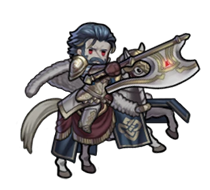 Here’s Gustav, king of Askr! Not only is he a great man, but he’s also father to me and Alfonse! 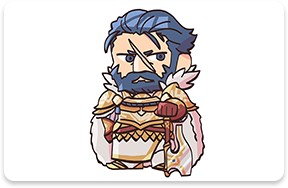 During the battle with Hel, the ruler of the realm of the dead, Father gave his life to take a blow meant for Alfonse. In the aftermath, our whole family was left grieving for him. 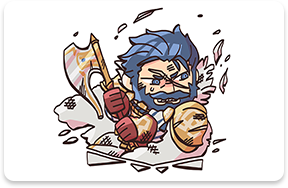 We had no idea things would get so much worse—Hel had the power to control the dead, and she ordered Father to attack us! 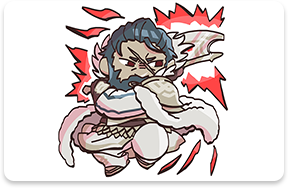 But even in death, Father was worried for our sake. It’s up to us to do him proud and keep moving forward for Askr’s future. Watch over us, Father! 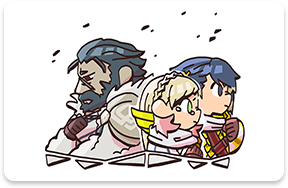 A prince of Askr and member of the Order of Heroes. Kind and serious, and eager to maintain peace. Carries on Gustav’s ideals after his passing.

A princess of Askr and Alfonse’s sister. Cheerful and loves making friends—especially with Heroes. After Gustav’s passing, she pledges to help her brother defend Askr.

Queen of Askr, adored by her people. After Gustav’s passing, she works to support her children and the Order of Heroes.