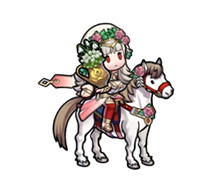 Veronica, the princess of Embla, is making an appearance at the Day of Devotion celebrations this year. Doesn’t she look great? 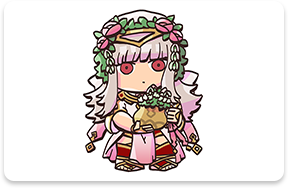 She’s wearing a super-cute outfit for the festival, complete with a fig leaf crown. You might also notice that her crown is decorated with roses, which are commonly worn to show you’re taking part in the festival! 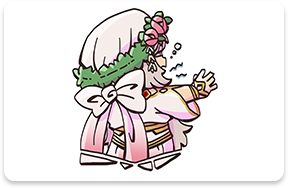 The vase Veronica is carrying contains a bouquet of flowers that I suspect are for Thrasir. She’s probably saving some for Bruno and Xander as well, but they couldn’t make it to this year’s celebration. 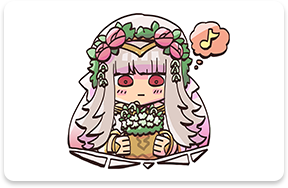 I’m sure the affairs of Embla must give Veronica a lot to think about, but I hope that she can take her mind off her worries for a little while and enjoy the fun of the festival! 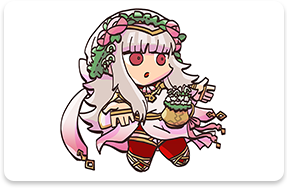 Prince of the Emblian empire, whose lineage remains something of a mystery. He acts independently of the empire to support Veronica.