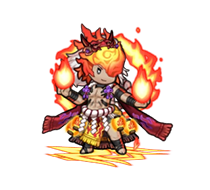 The festival of flames promises to be an event where Heroes send sparks flying as they clash with body and soul—and none other than Múspell, the fiery god who rules over the Kingdom of Flame, has come to turn up the heat! 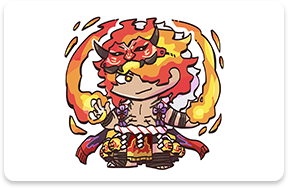 Múspell can’t stand even a moment of peace and quiet, so he’s always chasing thrills to get his blood pumping. What could satisfy his appetite better than the guts and glory of a martial arts tournament? 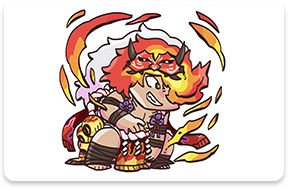 That unusual loincloth he’s wearing is called a mawashi, and apparently it’s tradition to wear one when taking part in a sumo match. It certainly does help show off his muscular physique! 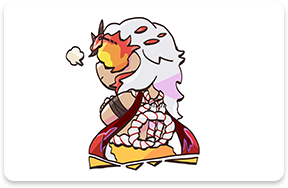 Múspell doesn’t care if he’s fighting against humans or his fellow gods—all he wants is the thrill of a match explosive enough to get his muscles burning! With that kind of enthusiasm, this festival’s sure to be a rousing success! 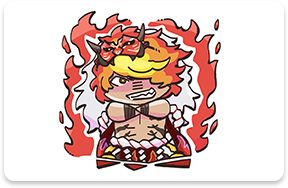 The god of Nifl, the Kingdom of Ice. Her frozen personality is as cold and distant as her realm. She and Múspell are mortal enemies.

The eldest princess of Múspell, the Flame Kingdom, and Laevatein’s older sister. A general who leads Múspell’s army with dignity. During the battle with Nifl, the god of ice, she represented Múspell, the god of flame.