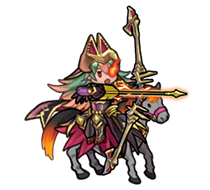 Laegjarn is making her grand appearance as an Ascended Hero! A princess and a proud warrior of the Kingdom of Flame, she inherited the power of the god Múspell to become his champion. Let’s find out more, shall we? 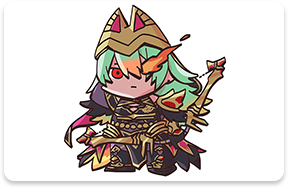 Having received Múspell’s boon, Laegjarn has obtained incredible power. The flames fired from her bow burn with such intensity that nothing can withstand them. 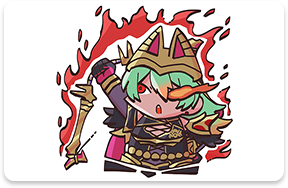 However, Múspell’s gift came at a price. Her body was branded with the flames’ curse, forcing her to obey him. 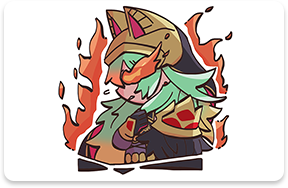 For the proud Laegjarn, being forced under another’s control like this must be a terrible indignity. But she’s got a strong heart, and I know she’ll find a way to overcome the odds! 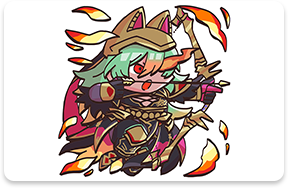 King of Múspell, the Kingdom of Flame. Carries the blood of the Flame Dragon. A harsh ruler whose desire for conquest is relentless. Laegjarn’s father.

The second princess of Múspell, the Kingdom of Flame. She sees herself and the blade she wields as one and the same, and keeps her emotions in check. Laegjarn’s sister.

The gentle second princess of Nifl, the Kingdom of Ice. Though she seeks revenge against Surtr, she manages to reach out to Laegjarn.