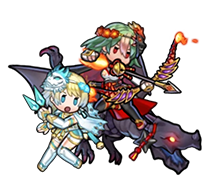 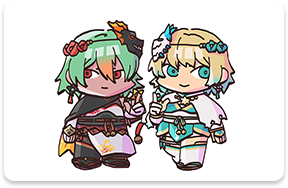 They’re both wearing special ninja attire for the festival, with Laegjarn’s outfit conjuring up images of blazing fire, while Fjorm’s has a cool, icy look. It looks like it’d be easy for them to sneak around doing ninja stuff in those outfits! 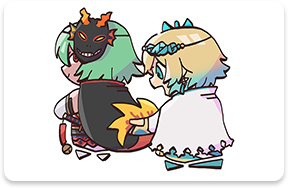 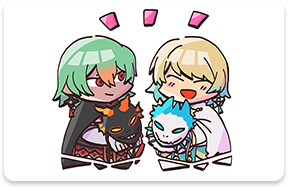 The two were once fated to fight against each other, so it’s wonderful to see them working together on this special day. I’m sure they’ll have a ton of fun together during the festival! 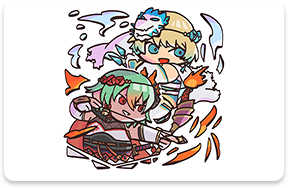 The god of Múspell, the Kingdom of Flame. His raging personality burns white-hot with a drive toward violence. Curses Laegjarn to kill Nifl’s champion.

The god of Nifl, the Kingdom of Ice. Her frozen personality is as cold and distant as her realm. She makes Fjorm her champion, charging her with the defeat of Múspell.