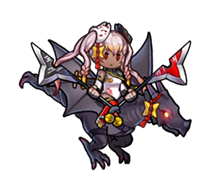 Laevatein’s the second princess of Múspell, and she’s come to join the ninja festival dressed as a fashionable shinobi! Or, a fashionobi! 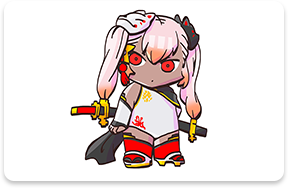 She must have done her research, because she’s wearing a form-fitting ninja outfit that looks very easy to move around in. The masks on her head look super cute too! 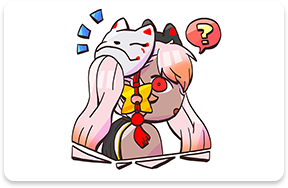 Instead of her usual fiery sword, she’s carrying two axes: one featuring a dark motif and the other a red motif! What’s more, they can combine to form a shuriken shape! 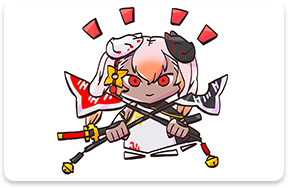 I usually think of ninja as people who stick to the shadows and keep themselves hidden, but Laevatein’s more like a fire that burns in the darkness… Ooh, how dramatic! 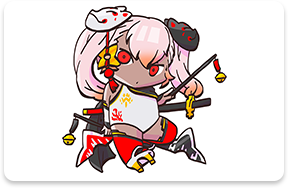 King of Múspell, the Kingdom of Flame. Carries the blood of the Flame Dragon. A harsh ruler whose desire for conquest is relentless. Laevatein’s father.

The eldest princess of Múspell, the Flame Kingdom, and Laevatein’s older sister. A general who leads Múspell’s army with dignity.