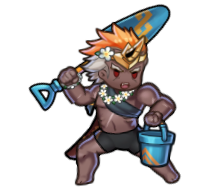 Hot stuff, coming through! It’s the middle of summer here in Askr, and Helbindi’s come from Múspell to turn up the heat! 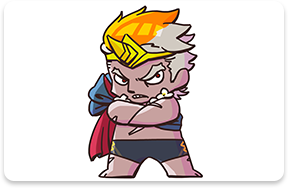 When we last fought the fearsome general, he was carrying an equally fearsome weapon, but this time he’s showing up with a little something special for summer instead! 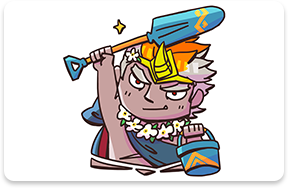 I have to say, I’m seeing a new side to him. He’s positively glowing in the summer sun, and he looks a whole lot less…tense than usual. 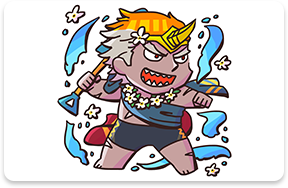 He’s barely even breaking a sweat—I guess when it comes to fun in the sun, he’s in his element! 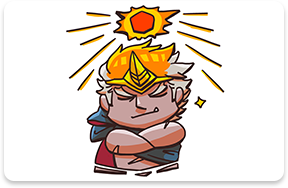 King of Múspell, the Kingdom of Flame. Carries the blood of the Flame Dragon. A harsh ruler whose desire for conquest is relentless. While Helbindi fights to protect his sister, he has no choice but to follow Surtr’s every command or suffer the consequences.

The youngest of the three princesses of Nifl. She’s brimming with childlike curiosity and loves to see new places. Helbindi saw something of his sister in Ylgr and saved her life.