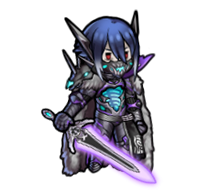 The armies of Hel surged into Askr, plunging the kingdom into mortal terror. Leading the charge and defying the Order of Heroes was Líf, General of Hel! 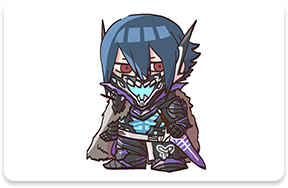 Wielding Sökkvabekkr, the sword of ruin, Líf claimed the living for the realm of the dead, his expression never changing. But why would he do such awful things? 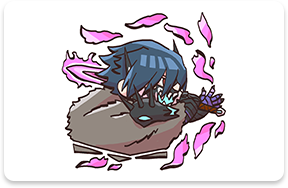 He seems to have some connection to Askr. In fact, Líf was also the name of our first king, who founded the kingdom with the god-dragon Askr’s blessing… 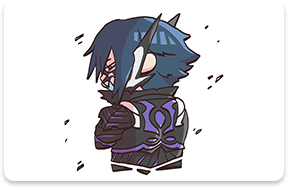 His face is mostly hidden by his mask, but something about him seems familiar to me. I just wish I could work out what he’s really trying to achieve! 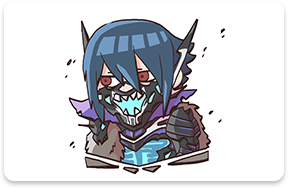 General of the realm of the dead. At her queen’s command, this witch uses her powers to swell the ranks of the dead. She shares a name with the first Empress of Embla, and leads Hel’s armies together with Líf.

Princess of Hel, the realm of the dead. Dearly loves her mother, Hel, who rules it. She finds Hel’s increasing mercilessness toward the living disquieting. Regardless, she joins Líf’s attack on Askr.