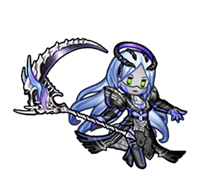 A stern Hero, Ganglöt values order above all else. She’s taken control of the realm of the dead following the demise of its former sovereign, Hel. 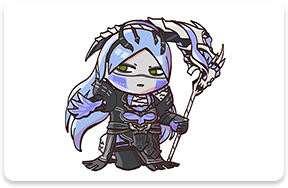 Ganglöt was abandoned as a small child, but Hel took her into her care. To her, Hel is an object of absolute reverence. 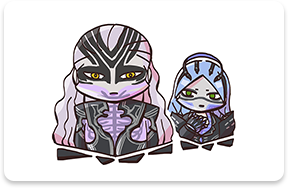 She also adored Hel’s adopted daughter, Eir. But when Eir slew Hel, Ganglöt’s adoration gave way to the most bitter of grudges. 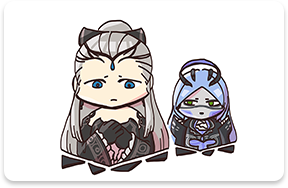 Declaring herself the new sovereign of the realm of the dead, Ganglöt now plans her revenge against Eir. Still, let’s not forget that we’re all friends in the Order of Heroes! We should be looking out for each other, not fighting amongst ourselves! 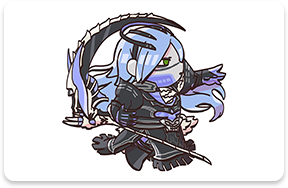 Sovereign of Hel, the realm of the dead. Her power increases as the ranks of the dead grow. She aims for all the living to enter her realm. Took Ganglöt into her care and raised the girl to be her handmaiden.

Princess of the realm of life, raised in Hel, the realm of the dead, as daughter and heir to its ruler. Ganglöt once adored her, but now has a bitter vendetta against her for the slaying of Hel.