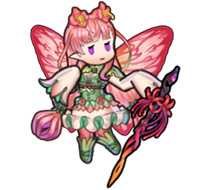 This is Mirabilis, the daydream! Aren’t her wings beautiful? She’s a light elf who lives here in Askr! 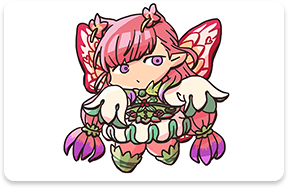 Mirabilis is a bit of a sleepyhead who prefers to do things at her own pace. She also has the curious power to make people experience daydreams—that is to say, she can make them dream without them falling asleep! 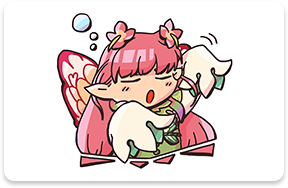 If we’re going to stop the twisted dreams that have flooded into Askr, we’ll have to rescue Freyr, the king of Ljósálfheimr, who’s being held captive in Dökkálfheimr, the realm of nightmares. And Mirabilis is our key to getting there! 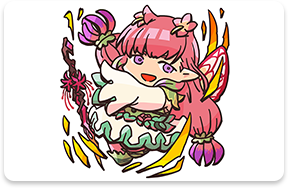 Mirabilis and Peony are the best of friends. You know, I feel like I’ve met Mirabilis somewhere before myself… How strange! 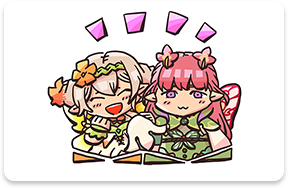