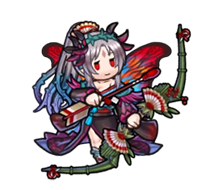 Plumeria is a dökkálfr from Dökkálfheimr, and she has the power to bring lewd dreams to mortals. Setting that aside for the moment, she’s also coming to the New Year celebration in Askr dressed in a fabulous kimono! 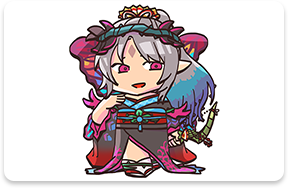 You might already be familiar with the rather striking attire she usually wears, and her New Year’s outfit is just as bold! I didn’t even know they made kimonos like that! 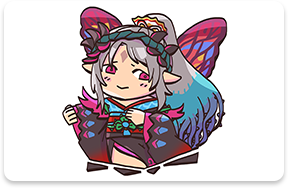 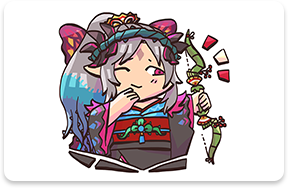 You know, some people say that your first dream of the year will tell you a lot about how the rest of the year will turn out. So, if Plumeria happens to show up in your dreams this New Year’s Eve…maybe keep that one to yourself! 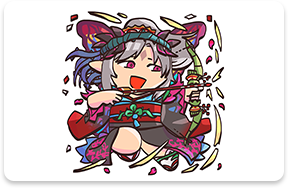 The queen of Dökkálfheimr, the nightmare realm. Her love for her brother Freyr drives her to wish she could stay with him no matter the cost. She orders Plumeria to attack Ljósálfheimr.

A dökkálfr from Dökkálfheimr, the realm of nightmares. Delivers terrible dreams to mortals. Cold and distant, she lives on without hope. Like Plumeria, she serves Freyja.