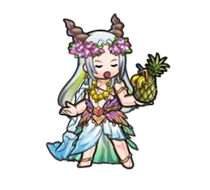 Someone pinch me, because I must be dreaming! Not only is Freyr, the Dream-King of Ljósálfheimr here, but most surprising of all, he’s wearing a swimsuit! 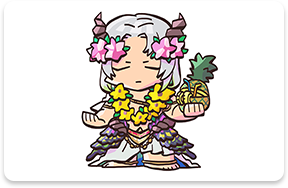 It’s a strong look, and certainly in stark contrast to his usual appearance. Still, while he might have ditched his robes in favor of a significantly lighter look, he’s still wearing a cape to demonstrate his regal authority. I guess that must be a king thing… 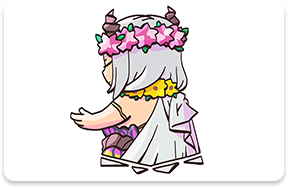 And what’s that in his hand? Why, it’s a cool, refreshing pineapple juice! I see it has two straws, so he must be meaning to share it with his sister, Freyja! 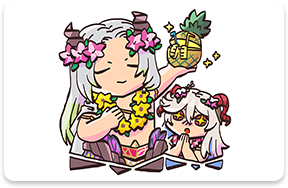 Freyr typically looks calm and serene, but I think I can see a little smile on his face. I hope he and Freyja have a wonderful time at the beach! 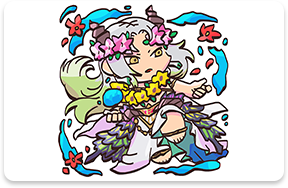 Lady of Nightmare who rules over Dökkálfheimr. What will she dream up under the summer sun? Freyr’s younger sister.