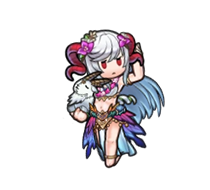 As the summer sun blazes over the beach, an unexpected Hero makes a splash! Why, it’s none other than Freyja, the queen of Dökkálfheimr! 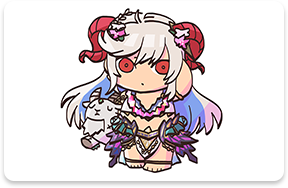 You might remember her gorgeous dress, but her outfit for the beach is equally spectacular, trading the thorns of her usual attire for a floral necklace to complement her new, lighter look. 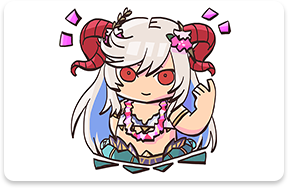 She also brought a really cute goat-shaped floatie along with her! Is it just me, or do I see a bit of Freyr in it? Those two really are inseparable! 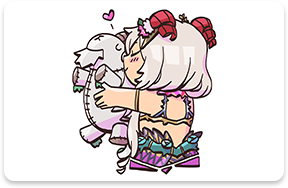 So there’s Freyja, bringing her bewitching charm to the beach as a special surprise! I wonder if I should get an Alfonse float made… Just kidding! 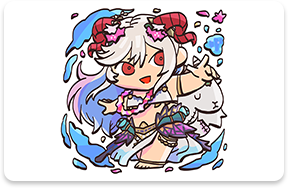 Dream-King of Ljósálfheimr, the dream realm, making an appearance at the beach after being invited amidst a summer’s dream. Freyja’s beloved brother.