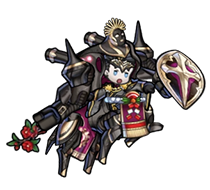 Yikes! What’s Fáfnir doing here?! You know, Fáfnir, the king of Niðavellir! Wait… I thought he was here to invade Askr, but…is he actually here to celebrate the New Year? 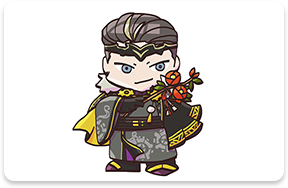 Well then! I guess Fáfnir’s here to show us how a king wears a kimono. I have to say, he’s really demonstrating the charisma that helped him put Niðavellir back together! 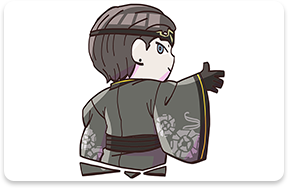 To go with his seasonal outfit, he’s carrying a camellia flower. Camellias are seen as a symbol of good luck, and they’re associated with prosperity! 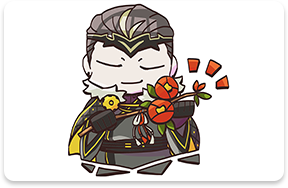 That envelope he’s holding must mean that Fáfnir is giving out New Year’s gifts! Well, thank you very much! I sure hope we can get along with everyone in Niðavellir this year! 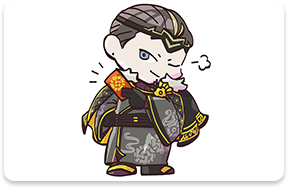 Adoptive brother of Niðavellir’s king, Fáfnir. Worships his brother and supports his ambition.

Adoptive sister of Niðavellir’s king, Fáfnir. Chooses to work together with Askr to stop her suddenly changing brother.