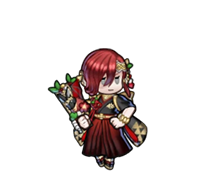 The retainer to Embla, Elm fought against the Order of Heroes—but now, he’s come to celebrate the New Year with us in Askr! I wonder if all the seasonal goodies here played a part in that… 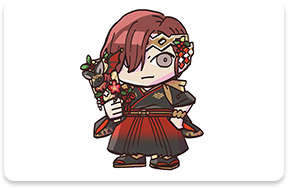 Elm’s celebrating in style, handsomely attired in a kimono and eye-catching headpiece for the New Year. It’s certainly an impressive look, but I’m just glad that we can have fun celebrating together instead of fighting! 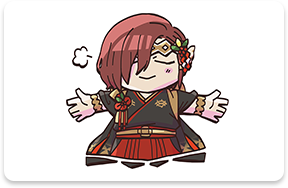 He’s also carrying a hagoita decorated with a bat design. You know, I just realized that it’s wearing the same headpiece as Elm! 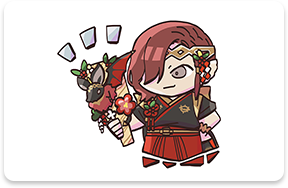 We’re lucky to have him visit on friendly terms, so I hope he enjoys seeing how we celebrate the New Year! But you’d better watch out, Elm—if you lose the game of hanetsuki, you’ll end up getting marks painted on your face! 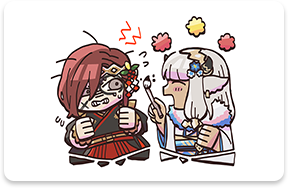 God of the closed kingdom, which shares her name. Spite and jealousy rule her, and she wishes death to any who side with Askr. She sends her retainer Elm to attack the people of Midgard.