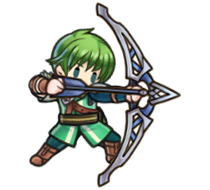 Gordin is an archer serving with the Altean royal knights. He was with Marth from the start of his adventures, helping him achieve victory in a number of battles! 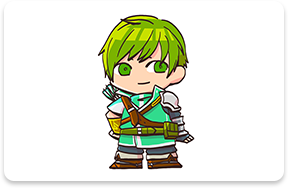 Gordin was something of a rookie when the War of Shadows first broke out, but after the war, he became a pupil of the famed sharpshooter Jeorge. With Jeorge as his mentor, Gordin’s skills improved by leaps and bounds! 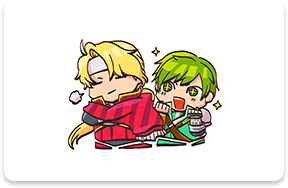 Jeorge initially opposed Marth during the War of Heroes, but Gordin managed to convince him into joining Marth’s struggle for peace. 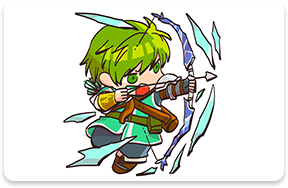 Sometimes, Gordin worries that he doesn’t quite look the part with his boyish appearance, but I can tell that he’s a talented archer and a true Hero despite his looks. 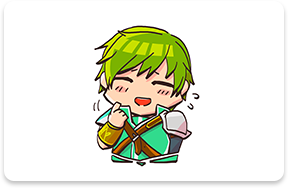 Prince of Altea who fights for his homeland and deeply values his friends. Gordin serves under his leadership.

Archanean archer thought to be the best on his continent. A skilled strategist. He met Gordin during the War of Shadows and became his mentor after the war ended.