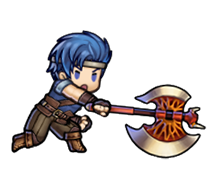 Barst is a warrior who volunteered to join a group of mercenaries from Talys! Nowadays though, he puts his hatchet to use in his work as a woodcutter. 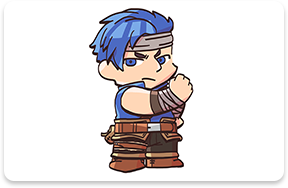 During his mercenary days, Barst joined the Altean army as part of a group led by Ogma. At his side were his fellow mercenaries, Bord and Cord, and together, the trio of axe-wielding warriors fought their way through the War of Shadows. 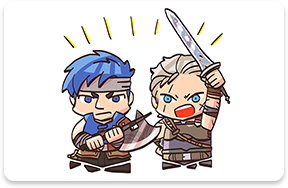 Barst remained with the Archanean army for a short while, but eventually deserted, having tired of warfare. He then spent some time as a pirate, but it was while swashbuckling on the high seas that he realized the quiet life of a woodcutter was his true calling. 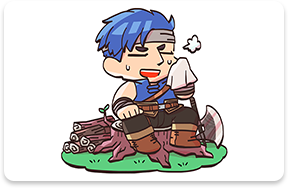 Throughout his various careers, there’s one thing that’s always stuck with Barst—his trusty axe! Wait, was he using the same axe to cut wood that he used to… Never mind. I don’t want to think about it… Anyway, I’m looking forward to seeing what kind of axe-related works he can do for the Order of Heroes! 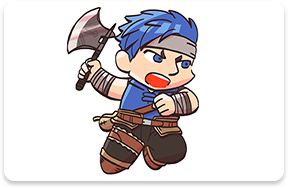 A mercenary who was once a slave gladiator. Serves Princess Caeda of Talys. He was Barst’s superior.

A warrior of Talys. A volunteer mercenary who served under Ogma alongside Barst and Cord.

A warrior of Talys. A volunteer mercenary who served under Ogma alongside Barst and Bord.