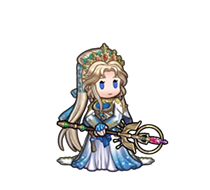 Today, I’ll introduce you to Nyna, princess of Archanea, the kingdom that boasts the largest sphere of influence on the continent of the same name. She is from a distinguished lineage and inherited the Fire Emblem, symbol of the ruler who delivers the world from peril. 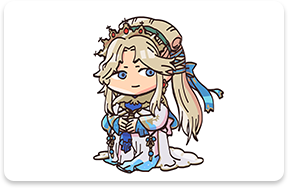 However, the other members of the royal family of Archanea were wiped out when the kingdom was invaded by the Dolhr Empire, led by the Shadow Dragon, Medeus, and its ally, the kingdom of Grust. 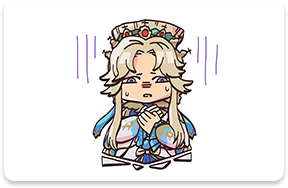 Fearing capture, Nyna was about to end her own life when she was stopped by Camus, a general of Grust. 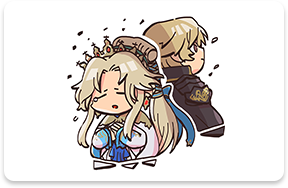 Nyna fled to Aurelis, where she obtained the aid of Hardin and proclaimed her intent to defeat Dolhr. She then entrusted the Fire Emblem to Marth and laid the groundwork for peace to be brought back to the land. 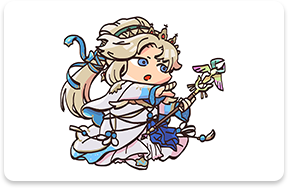 A knight who’s devoted to his motherland, Grust. Wields the lance Gradivus. Protected Nyna and helped her flee to Aurelis.

Younger brother of the king of Aurelis, nicknamed the Coyote. Rescued the Archanean princess, Nyna.