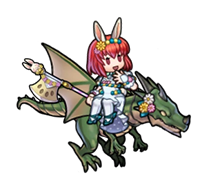 Did anyone lose a cute little bunny on the festival grounds? Just kidding—here’s Maria, one of the two princesses of Macedon! 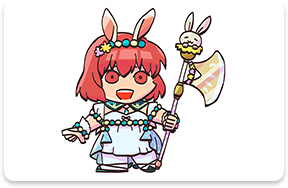 For her spring festival outfit, Maria’s wearing a pristine white dress and a pair of rabbit ears that stand straight up. She’s even accessorized her dress with a polka-dot skirt made from sheer fabric! 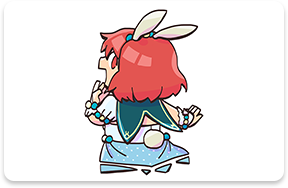 And would you look at that! There’s another cute little bunny peering out from Maria’s festive axe. Come to think of it, it’s just like the bunny decoration that her sister, Minerva, had on her spring festival lance! 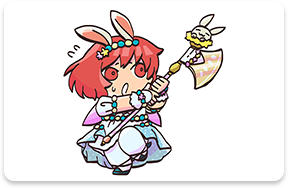 Minerva did say that Maria would love the festival… I bet she’ll have the time of her life hopping around with all the happy little spring bunnies! 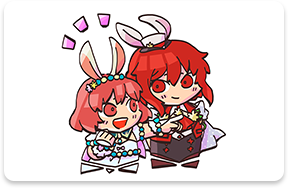 Princess of Macedon who took up arms against her brother, Michalis. Maria’s older sister who has previously attended the spring festival.