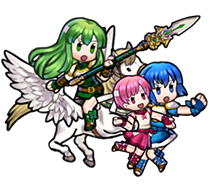 Wow, what an adorable trio of sisters! You might have guessed, but these are the three pegasus sisters of the Macedonian Whitewings in their younger days! 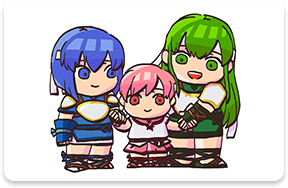 Palla’s the eldest, and she’s open-minded and always willing to listen. Catria is the cool and capable middle sister, and the youngest is Est, who’s energetic and cheerful. They might all have different personalities, but on the battlefield, they fight as one! 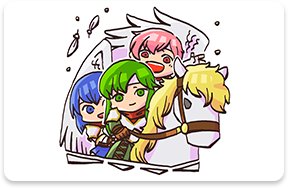 When Palla started her training on pegasusback, it was Catria’s turn to start looking after Est. Even as a child, Catria was always quick to take responsibility! 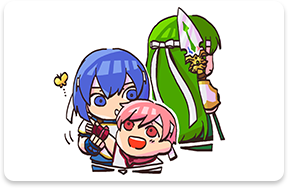 No matter what struggles they faced, the powerful bond these sisters forged from an early age saw them through. And that’s how they were able to make their mark on history! 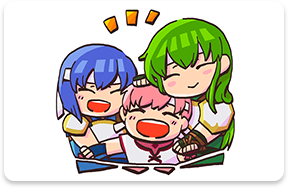 Princess of Macedon who took up arms against her brother, Michalis. She trusts the three pegasus sisters, especially Palla.