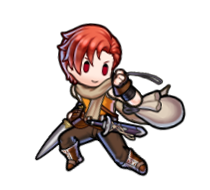 Julian was once a member of the Soothsires, a group of bandits based in the Samsooth Mountains. 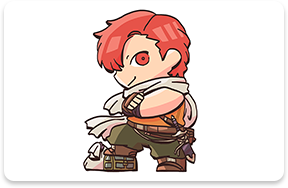 But when he encountered Lena, a priestess who had been captured by the bandits, his life changed. He’d fallen for her, and he soon betrayed his former allies by freeing Lena and running away with her! 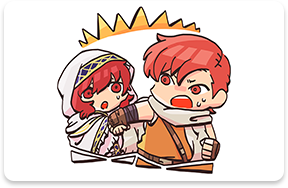 After cutting ties with the bandits, Julian decided to join the Altean army and fight alongside Marth. 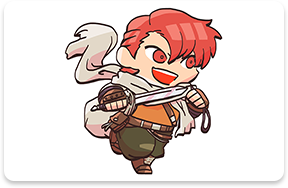 During the War of Heroes that followed, Lena was taken by unknown forces, and Julian fought harder than ever to save her. I wonder what will become of the unlikely couple in the end! 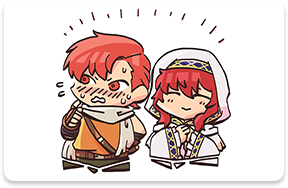 A cleric revered as Macedon’s Angel. Cares for orphans in her convent after the conclusion of the War of Shadows. She was captured by the Soothsires but rescued by Julian.

Prince of Altea who fights for his homeland and deeply values his friends. After Julian and Lena escape the Soothsires, he accepts them into the Altean army.