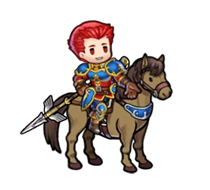 Matthis is a knight from Macedon. He might seem quite timid and unassuming, but he’s actually the older brother of Lena, Macedon’s Angel herself! 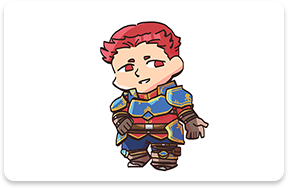 Quite the opposite of the resolute, determined Lena, Matthis prefers to go with the flow. When ordered around by someone aggressive, he’ll quickly fall in line and follow directions. 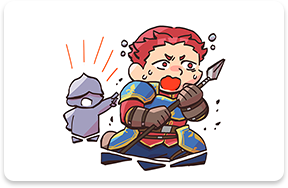 But that isn’t to say he doesn’t have a backbone—he suddenly gets serious whenever Lena’s involved. If it’s for his sister’s sake, he’ll confront even the mightiest of foes! 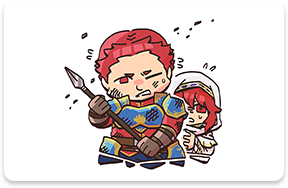 Matthis and his sister are like night and day, and you might think he’s unreliable. But I think that when the time calls for it, the two share a certain kind of strength! 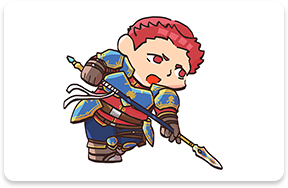 A cleric revered as Macedon’s Angel. Cares for orphans in her convent after the conclusion of the War of Shadows. Matthis’s younger sister.

A reformed thief who takes the War of Shadows as a chance to atone for his crimes. Lives and works in a convent with Lena, Matthis’s sister.