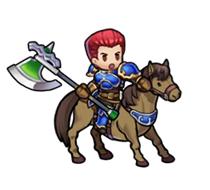 Here’s Vyland, one of a band of elite knights called the Coyote’s Men who serve Aurelis, one of the kingdoms of Archanea! 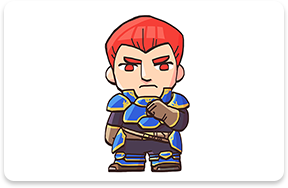 Vyland comes from the plains, and like many of his kin, he was forced into slavery. After he was freed by Hardin, he vowed to protect Hardin, even if it meant giving his own life. 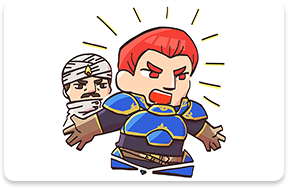 He’s also very close with Wolf, Roshea, and Sedgar—he and his fellow members of the Coyote’s Men are like brothers, through and through. He and Roshea fight as a team on the battlefield, and they always have each other’s backs. 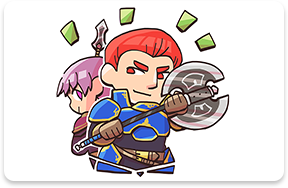 Vyland is loyal and dedicated to his crew, but I’m sure he’ll give his all when helping out the Order of Heroes too! 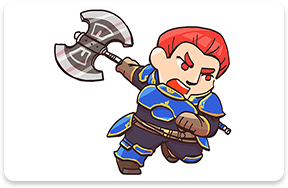 Member of the Coyote’s Men of Aurelis. After the War of Shadows, he retired from the army but eventually returned to the field. He and Vyland fight in tandem, always watching each other’s backs.

Leader of the Coyote’s Men of Aurelis. He has pledged an oath of loyalty to Hardin. He and Vyland grew up together like brothers.

Second in command of the Coyote’s Men of Aurelis. Alongside Wolf, he fights with the pride of the plains people. Like the others, he and Vyland grew up together like brothers.