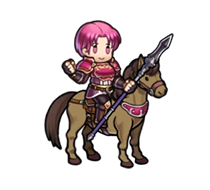 The Coyote’s Men is a band of knights who serve Aurelis, one of the kingdoms of Archanea. Here’s Roshea, one member of this elite team! 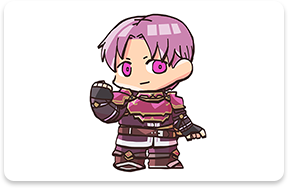 Raised an orphan, Roshea was taken under the wing of Hardin, the crown prince, and went on to become a royal knight. The bond he shares with Wolf, Sedgar, and Vyland, fellow members of the Coyote’s Men, is thicker than blood! 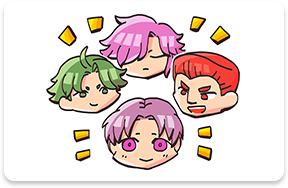 Roshea is known for his gentle nature, and he has a soft spot for other young orphans as well. In fact, I hear he used some of his knight’s salary to support them too! 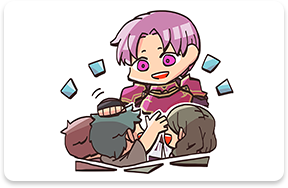 On the battlefield, Roshea demonstrates incredible teamwork as he fights in tandem with Vyland, his brother in arms. I hope Vyland doesn’t mind letting Roshea work with the Order of Heroes for a while so he can watch our backs too! 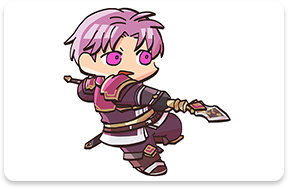 Leader of the Coyote’s Men of Aurelis. He has pledged an oath of loyalty to Hardin. Like a brother to Roshea growing up.

Second in command of the Coyote’s Men of Aurelis. Alongside Wolf, he fights with the pride of the plains people. Like the others, he and Roshea grew up sharing an unbreakable brotherly bond.