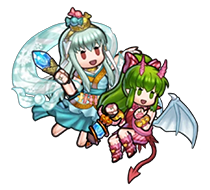 Two Heroes have come from separate worlds to enjoy the harvest festival together! Here’s Tiki and Ninian! 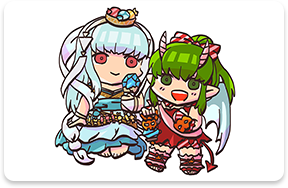 Tiki, a Divine Dragon, is sporting a cute, impish costume for the festival. I’m told that it’s supposed to be an oni, a kind of monster from a faraway land. I love the ribbons—they look just like the kind you’d find on wrapped-up sweets! 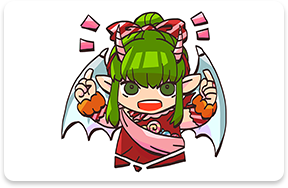 Meanwhile, Ninian has complemented her new friend’s costume by coming dressed as an angelic tennyo—another fantastic being from exotic locales. That colorful, candy-themed belt adds a wonderfully playful touch to the outfit! 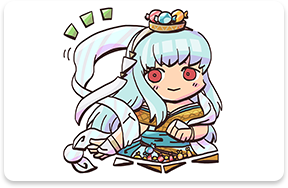 Tiki and Ninian might look and act very differently to one another, but one thing they have in common is, er…spending most of their lives being pursued by villains. Well, anyway, this is the harvest festival, and it’s time to have some fun! Happy harvest festival, everyone! 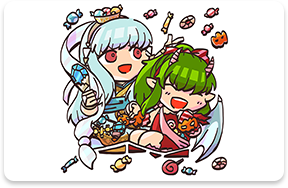 Prince of Altea who fights for his homeland and deeply values his friends. He saved Tiki’s life.

A sincere noble of Pherae. His friends Lyn and Hector serve him loyally. He saved Ninian’s life.