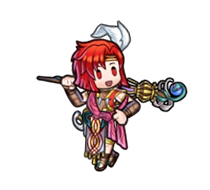 Here’s Xane, the cheeky little trickster who’s a master of disguise! This time, he’s bringing his irrepressible energy to the martial arts festival of Hatari, the kingdom of Tellius that lies at the far reaches of the desert. 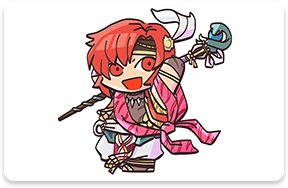 He’s come dressed for the desert climate with a light, breezy outfit that suits his style perfectly. By the way, that short sword on his waist isn’t meant to be his weapon—it’s a ceremonial decoration just for the festival! 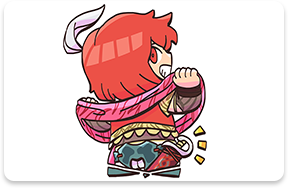 The weapon he’s actually using is this staff, which is based on the kind used by Hatari illusionists. The snake design seems a little spooky to me, but it looks like Xane’s really taken with it, and that’s what counts! 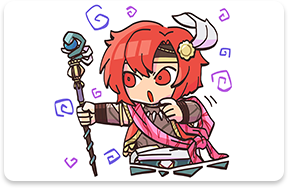 Xane just loves to play tricks, and I can’t help but wonder what kind of mayhem he’s planning to cause among the competitors at the festival while they’re trying to keep their game faces on. Do you think he’ll try taking on Nailah’s appearance? 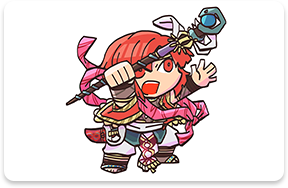 Prince of Altea who fights for his homeland and deeply values his friends. He rescues Xane from captivity.

A young Divine Dragon once put into a timeless sleep to keep her dragon impulses in check. Now longs for human company. Xane watched over her at the request of the White Sage Gotoh.