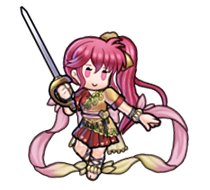 Phina is a traveling dancer known for her cheerful outlook and sprightly moves. I hear she used to belong to a performance troupe based in Port Warren on the continent of Archanea! 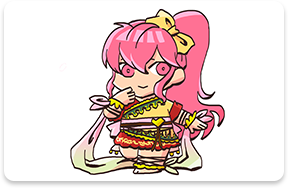 One day, Phina was separated from the troupe, and found herself wandering the forest alone—when suddenly, she was confronted by bloodthirsty bandits! 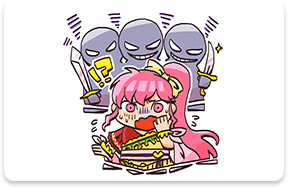 Phina’s life was in danger! But then, help came from out of the blue. It was Navarre, a passing swordsman, and he sent the bandits packing in an instant. 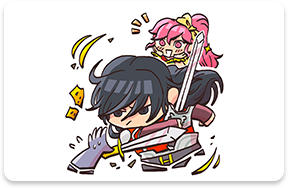 Phina took a shine to Navarre, and when she found out he was with Marth’s army, she joined up too. There, she continued to dance magnificently, rallying her newfound friends! 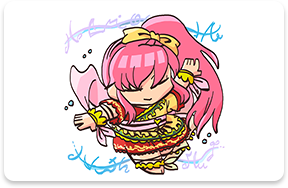 Skilled fighter known as the Scarlet Sword. Prefers his blade to do the talking. He saved Phina from bandits.