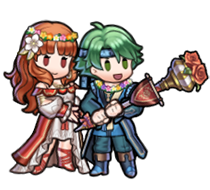 Alm and Celica fought alongside each other to put an end to the conflict in Valentia. They share a bond deeper than any other, and now they’re here to take part in the Day of Devotion festivities! 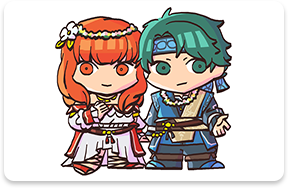 Both Alm and Celica come from noble backgrounds, and it shows in their elegant outfits. The flower they’re both wearing is the phlox, which is known as a symbol of harmony and good partnerships! 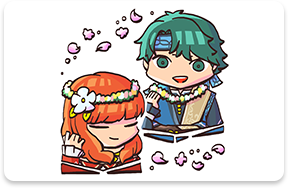 In fact, I hear these very outfits were made after they saved the continent of Valentia. Does anything about them look familiar? 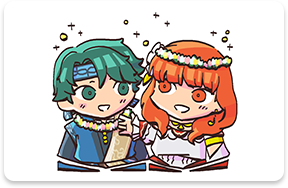 Alm and Celica supported each other to overcome fate itself. They know the value of love better than anyone else, so I’m sure that together, they’ll pour their hearts into celebrating the Day of Devotion! 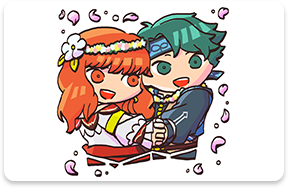 The stern, commanding Emperor of Rigel. Father of Alm and the uncle of Berkut.

A mysterious knight who rushes to Celica’s aid whenever she is in danger. When he wears his mask, his personality changes entirely. He calls Celica by her true name, Anthiese.