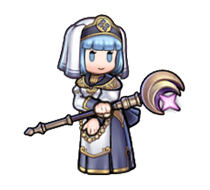 Silque is a cleric who spreads the teachings of the goddess Mila. She’s a kindly nun who’s always there with a smile! 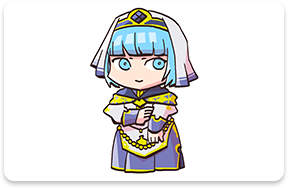 Silque never got to know her mother, a nun of the Duma Faithful, too well. During her travels, she left the young Silque at a priory, and then simply vanished. 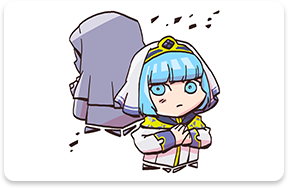 It was the teachings of Mila that saved Silque from her loneliness, and inspired her to go out and spread the word to help others! 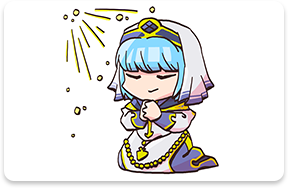 Later, after Alm rescued her from bandits, she decided to join the Deliverance to repay his kindness. There, she selflessly gave her all, treating her allies’ wounds and soothing their hearts as well! 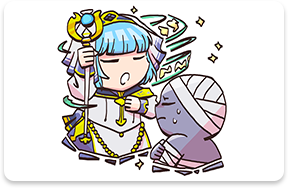 A brave but kind young warrior, raised by the hero Mycen in Ram Village. His left hand is marked with the Brand. He saves Silque’s life when she is captured by bandits during a trip to visit Mycen.

The princess of Zofia; trained as a priestess. Caring towards others, and dislikes fighting. Bears the Brand on her right hand. She studied the teachings of Mila together with Silque at the priory.