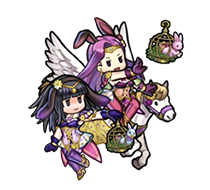 Askr’s spring festival is a special occasion where everyone gets together and dresses up to wish for a bountiful harvest. This year we’re joined by Sonya, a Valentian mage, and Tharja, a dark mage from Plegia! 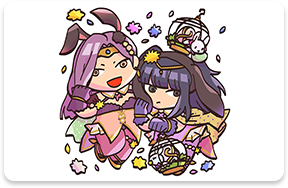 And wouldn’t you know it, the two have come dressed as a pair of truly bewitching bunnies! I never realized that rabbits could be quite so glamorous! 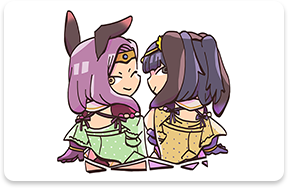 To continue the theme, they’re also carrying a birdcage that contains a rabbit and a rather mysterious-looking egg. I wonder what will hatch from it… 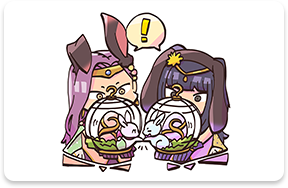 All eyes are going to be on Sonya and Tharja this spring festival as they enchant the crowd with their fabulous sense of style. You don’t think they’re planning to steal the show, do you? 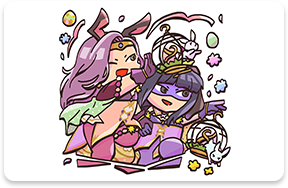 The princess of Zofia; trained as a priestess. Caring toward others, and dislikes fighting. Bears the Brand on her right hand. Recruits Sonya after she rebels against the pirate captain Grieth.

A dark mage of Plegia with a bright grin and a taste for the gruesome in battle. Like Tharja, he’s also attending the Spring Festival.