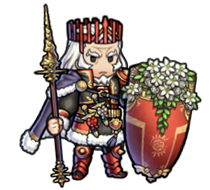 Hear ye, hear ye! Rudolf, the fearsome fourth Emperor of Rigel is here to make a special Day of Devotion appearance! (And instead of his usual intimidating armor, he’s coming out in style!) 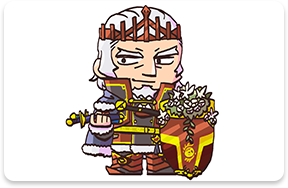 Rudolf is a peerless military leader with numerous victories to his name. I hear he’s battled his way through a number of strict, stuffy ceremonies too, so I expect the breezy festivities of the Day of Devotion will be a refreshing experience for him! 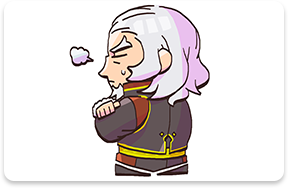 The two daggers he’s carrying were gifts from his son, Alm, and his nephew, Berkut. It’s no coincidence that both daggers look the same—I’m told this was done on purpose to keep Berkut from getting grumpy… 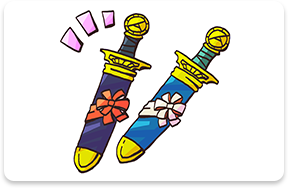 Rudolf has known only battle throughout his life, but in his heart of hearts, he always wanted to help people. I hope that he gets a chance to forget about conflict for once during the Day of Devotion! 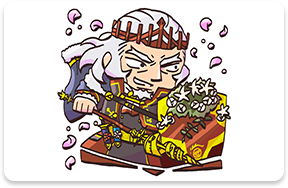 A brave but kind young warrior, raised by the hero Mycen in Ram Village. His left hand is marked with the Brand. Secretly, he is Rudolf’s son, and Rudolf later entrusts the future of Valentia to him.

First in line to the Rigelian throne. Prideful, but loves Rinea with all his heart. Rudolf’s nephew.