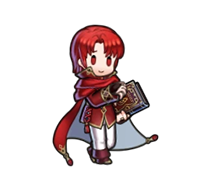 Azelle is a nobleman of House Velthomer, and a descendant of the crusader Fjalar. He’s a warm-hearted Hero who, as it happens, specializes in fire magic! 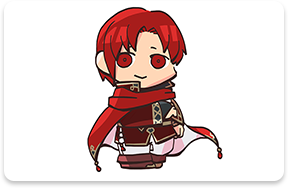 Incidentally, Arvis, the current head of House Velthomer, is Azelle’s half brother. The two seem to get along well enough, but with Arvis being the golden boy of the family, Azelle often feels rather humble in comparison… 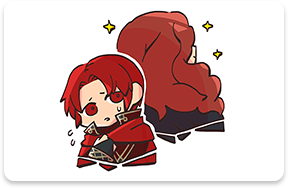 When the kingdom of Verdane attacked Yngvi, Azelle and his friend Lex joined the battle to support the troubled duchy. There, they fought Verdane’s army alongside Sigurd, the heir to Chalphy. 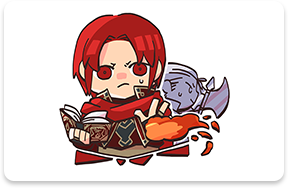 Azelle struggles with a need to prove himself, but I know that he’s a real Hero—one whose heart burns like the flames of Fjalar! 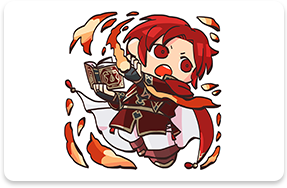 Duke of Velthomer, and descendant of the crusader Fjalar and Maera of the imperial family. Azelle’s half brother.

Second son of Duke Lombard of House Dozel. Joins the army under Sigurd’s command along with his friend Azelle.