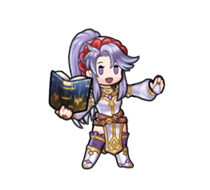 Today I’ll introduce you to Tailtiu, a mage from Jugdral! The first thing you might notice about her is her cheerful, wide-eyed disposition, but she’s also a descendent of the legendary crusader Thrud! 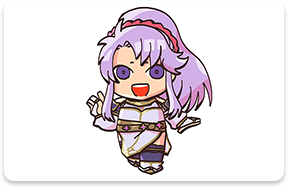 A lady of the Kingdom of Grannvale’s esteemed House Friege, Tailtiu was brought up in high society. But she isn’t at all constrained by her noble upbringing—she’s friendly, open, and outgoing, and she happily mingles with people from all walks of life. 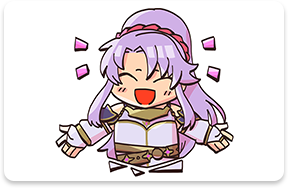 One day, when her friend Claud of House Edda set out on a journey, Tailtiu accompanied him to serve as his bodyguard. 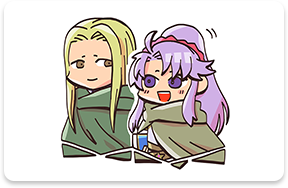 But during their travels, Tailtiu was swept up by the war in Jugdral, and even found herself opposing her own family. Still, she fought with all her heart for the friends and allies she loved. 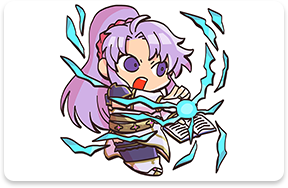 Niece of Bloom, ruler of Ulster and duke of Friege. Reuniting with her older brother, Arthur, she joins the liberation army. Tailtiu’s daughter.

Raised alone in Silesse, separated from his sister and mother at a young age, he harbors resentment toward House Friege. Tailtiu’s son.

Duke of Edda and a priest of Bragi. He sets off together with Tailtiu to learn more about the cause of the conflict that arose in Grannvale.