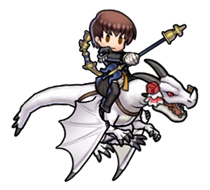 Quan is the descendant of the crusader Njörun, and the prince and heir to Leonster. But he’s also a dancer, and he’s come to the ball in this dashing outfit to take our breath away! 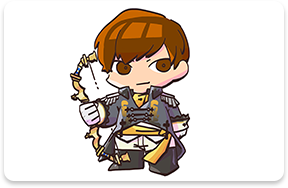 OK, I might have exaggerated a little bit. Poor Quan isn’t really much of a dancer. But still, doesn’t he look fabulous escorting his wife, Ethlyn? 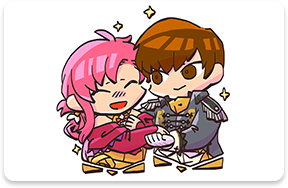 I suppose Quan is much more at home on the battlefield than he is at the dance hall, but he’s putting his best foot forward! Instead of his usual weapon, the Gáe Bolg, he’s carrying an exquisite-looking bow that fits right in to the sophisticated atmosphere of the ball! 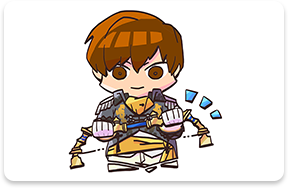 There’s a lot of attention fixed firmly in Quan’s direction tonight, but he only has eyes for Ethlyn, which makes him all the more charming! 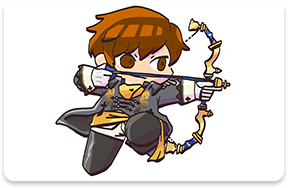 Noblewoman of Chalphy, attending the dance festival with her husband, Quan. As always, she supports him every step of the way. After she marries Quan, the pair have a girl and a boy.

Heir to Chalphy, descendant of the crusader Baldr, and Seliph’s father. He’s courageous and has a strong sense of justice. A close friend of Quan’s.

Young ruler of Nordion. Also known as the Lionheart. Sets out for the dance festival in dignified attire. He is a close friend of Quan’s.