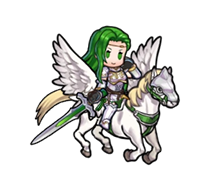 Silesse is a cold, snowy land that’s known for its distinguished pegasus knights. Here’s Annand, one of the kingdom’s most formidable knights! 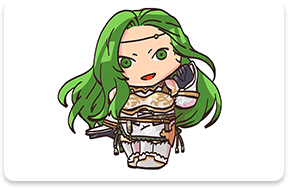 In fact, she’s the leader of the Four Heavenly Knights of Silesse who represent the best of Silesse’s riders. Her sister Erinys is a member of this group as well! 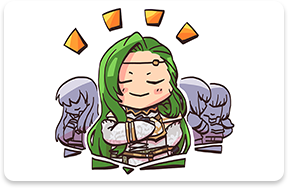 When the previous king of Silesse passed away, the kingdom entered a succession crisis. That was when Annand chose to swear loyalty to Queen Lahna, the late king’s widow. 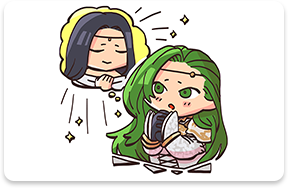 Annand risked her life to fight for peace and stability in the kingdom she loved. Silesse truly is blessed to have such proud, noble pegasus knights! 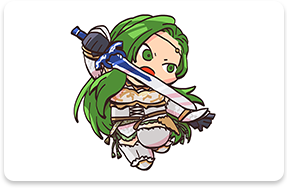 Prince of Silesse, served by Annand. A descendant of Ced, one of the 12 legendary crusaders, and inheritor of the wind tome Forseti.

One of the Four Heavenly Knights of Silesse and Annand’s younger sister. Has a serious outlook that Prince Lewyn teases her about.

One of the Four Heavenly Knights of Silesse. Comes to serve Lord Myos, youngest brother of the late king.