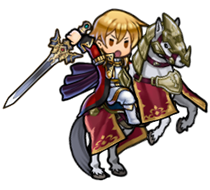 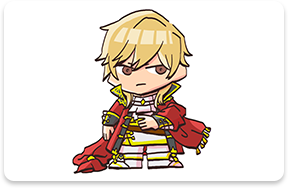 Eldigan’s trademark weapon is Mystletainn! This is the same sword once wielded by his ancestor, one of the 12 crusaders. You know, I heard it drinks its victims’ blood… Yikes! 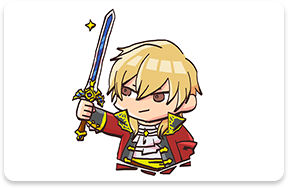 Eldigan is a king, but he’s also a knight, and the person who cares for the most is his sister, Lachesis. Sounds a lot like another famous brother-sister duo, am I right? (Me and Alfonse. I’m talking about me and Alfonse.) 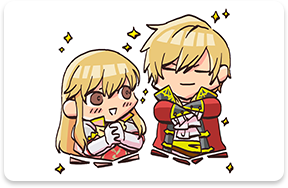 Eldigan might seem a bit too cool for school at times, but he truly cares for his sister and his friends. In other words, he’s a lot more warm-hearted than you might think…hot-blooded, even! 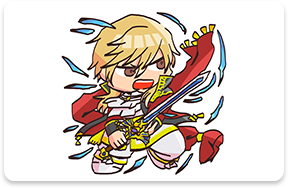 Lady of House Nordion. Adores her older brother, Eldigan, to the point that other men pale in comparison.

Heir to Chalphy, descendant of the crusader Baldr, and Seliph’s father. Close friends with Eldigan. He’s courageous and has a strong sense of justice.

Prince of Leonster and inheritor of the lance Gáe Bolg. Husband of Ethlyn, the younger sister of his close friend Sigurd. He’s close friends with Eldigan.